Jeju is an island off the southern tip of Korea. It's a popular vacation spot for Koreans, as well as Chinese and Japanese. It's particularly attractive to Korean newlyweds who enjoy the stunning landscape of the island, from shoreline to the dormant volcano crater. 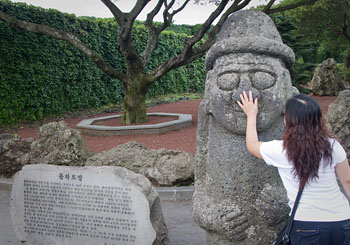 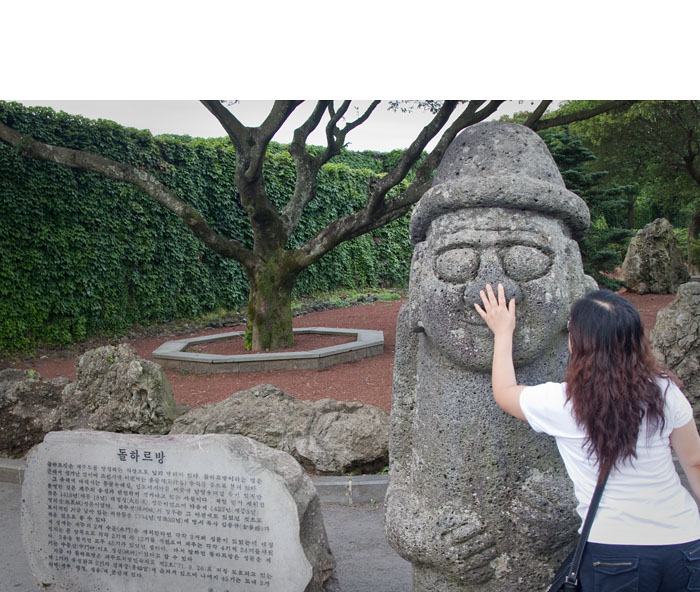 Basalt stone is everywhere. It's used for buildings, statues, and fences. The most interesting use of the porous volcanic rock are for statues called Dol hareubang, often placed at entryways. They are known for offering protection and fertility.

But there's a lesser-known and fascinating tradition associated with these "stone grandfathers," as explained to me by a native Korean woman. She said that newly married women who wanted to conceive and have a boy, would rub the nose of the Dol hareubang. "That's an interesting anecdote to pass the time," I thought. "But it's probably not really practiced these days."

About 10 minutes later, as I was heading back to the car, I passed the Dol hareubang. And as if it were scripted in a movie, a Chinese woman walked up to him and deliberately rubbed his nose. I looked around for my Korean friend, but she was nowhere in sight.

Early Morning on the Beijing Streets.