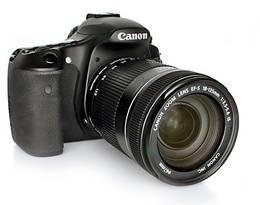 extensively, both on this site and for Macworld Magazine. I felt that this $999 DSLR body is a great value for serious enthusiasts who want both top quality images and video.

Pop Photo has now published their lab test of the 60D, saying that, "it's clear that this 18MP Canon is going to be a big star." One of the most interesting areas of the test had to do with high ISO performance.

, it's worth reading the Pop Photo Lab Test.