I was wandering around the lighting hall today at Photokina and noticed a lot of people positioned around a very large stage. Everything was branded Hensel Performing Light, a very big name in the lighting game. But it didn't stop there. Backstage was Manfred Baumann, a widely known celebrity and fine art photographer. 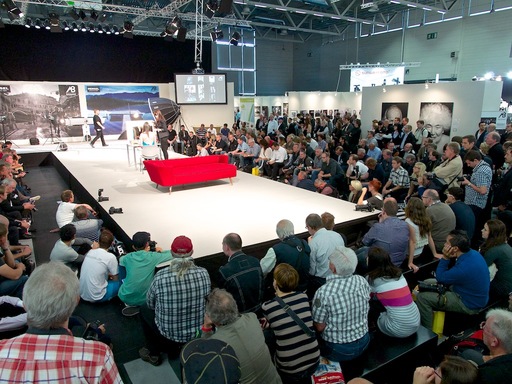 This was no standard booth talk. Hensel had an all star photographer waiting in the wings.

So I decided to hang around with a few hundred of my closest friends. On stage was a model who was being tended to by a stylist. Both had their backs to us, in part, I'm guessing, to add a bit of drama to the scene.

Then at 3pm, Manfred Baumann made his grand entrance and shared some opening remarks in German. The stage was cleared and the model shoot began. 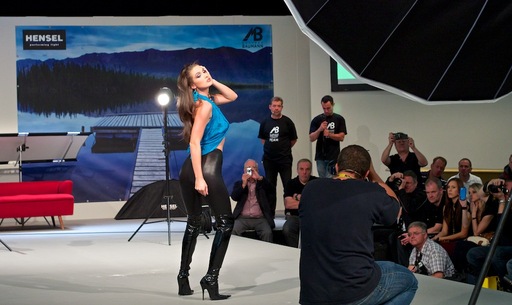 I think this was the part where everyone else knew a lot more about what was going to happen than me. The model was quite sexy, and all around me shutters were firing off as she moved from one pose to the next. Manfred was using some big time Hensel lights as he captured her in his lens. No wonder there was a crowd: sexy woman, famous photographer, and lots of gear.

Moral of the story. If there are a lot of people gathered around an empty stage at a photo trade show, there's probably a good reason why.