It's Not "Just a Smartphone Camera" - It's a Camera 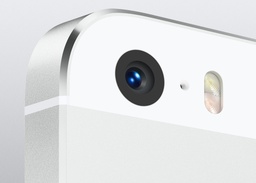 We're beyond having to make excuses for our Samsung, Nokia, and Apple mobile devices. Yes, I know, the best camera is the one that's with you. That's because for many people, it is their best camera.

The goal of the iPhone 5s is to let you concentrate on the composition without worrying about the physics of photography. In low light, it stabilizes. If flash is required, it fires white and amber LEDs in proportion to balance the color. Burst mode is 10 frames per second. Then it analyzes the sequence and suggests the best shots. And the video isn't bad either, especially the 120 frames per second at 720p.

The iPhone 5s, Samsung Galaxy S4, and Nokia Lumia 1020 are the compact cameras of the modern age. They're smart, agile, and have serious computing power. These are the point 'n shoots I want to have in my pocket all the time. I even use them when I have my DSLR or mirrorless in action. How do you think those behind the seces images are captured?

Photography has always been the art form most influenced by technology. And the latest victim of change is the compact camera. I'm OK with that. Compacts had a good run. But to be honest, I'd rather just carry the iPhone 5s for my snapshots. Plus it makes phone calls too.