Dot Releases for Aperture and iPhoto 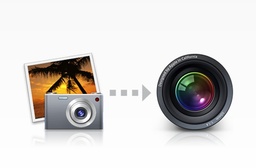 Keeping with its current maintenance approach for photo applications, Apple released Aperture 3.5 and iPhoto 9.5. Each update is a combination of new features and bug fixes.

Under the heading, "We Knew the Other Shoe was Going to Drop," Apple replaced Google Maps with Apple Maps in Places. They added support for iCloud Photo Sharing, including the ability to post videos to shared photo streams and to have multiple subscribers contribute to a shared stream. And they provided the ability to sync and add galleries to Smugmug. iOS 7 filters also found their way into Aperture 3.5. Beyond that, the update focuses mainly on bug fixes.

Many of the same themes we saw with the latest Aperture apply to iPhoto too. Beyond that, iPhoto users now can enjoy 64-bit processing, a redesigned interface for printing, and video sharing for Flickr users. Then of course, lots of bug fixes.

Both Aperture 3.5 and iPhoto 9.5 require Mac OS X 10.9. If you haven't upgraded to Mavericks yet, then you'll have to hold off on the new versions of the photo applications.

Many users are asking about full version updates, especially Aperture 4, and when they will be released. That's difficult to predict. Since the introduction of the Mac App Store, Apple seems content to work with dot releases that are incremental and free. Will there ever be an Aperture 4? Outside of Apple, I don't think anyone knows.

Want to learn Aperture in a hands on environment? My next Aperture workshop will be Nov. 16 and 17 in Santa Rosa, CA. We'll review all of the basics, plus work on portraiture (including a live model shoot), product photography, and more. Write me at derrick@thedigitalstory.com for more information and a reservation form.