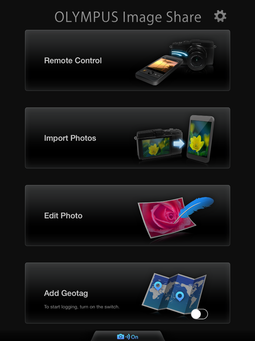 One of the notable enhancements for the Olympus OM-D E-M1 is the addition of built-in WiFi. When coupled with Olympus Image Share, you can transfer images, enable geotag logging, and even control the camera remotely.

But I've discovered that not all WiFi is implemented equally. So I was curious about the ease of pairing the E-M1 with my iPad mini. In short, the good news is that Olympus has done a good job of making this a painless experience.

The initial pairing is handled via a QR code displayed on the E-M1's LCD. I scanned it with the iPad mini, and boom, the configuration was handled for me. Nice touch.

After that, I could enable a private connection by tapping the WiFi icon on the camera's LCD. On the iPad, I then go to Settings and choose the network generated by the camera. Last step is launching the Olympus Image Share app so the two devices can communicate. 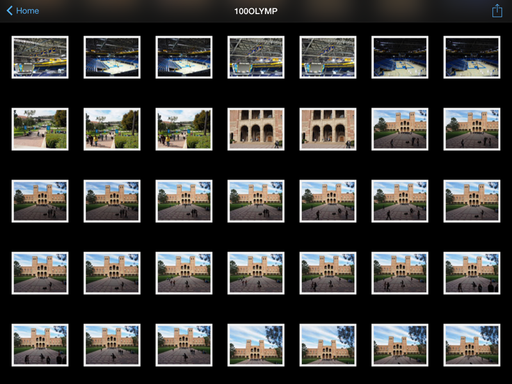 On the iPad, I tap on Import Photos, and I'm quickly presented with thumbnails from the camera's memory card. The large versions load fairly fast too. When I saw something I liked, I tapped the share button and copied the picture to my Camera Roll.

The process was seamless. It's just as easy to move images from the E-M1 to my iPad as it is with the Canon PowerShot N, which is my benchmark for this type of task.

The Remote Control feature is also quite good, providing a variety of camera controls. I like using it more with the iPhone than the iPad so I can enable functions with just one hand.

You can start a geotag log and apply the data to the images captured with the E-M1. Keep in mind that you'll use more battery power on your iOS device when this is turned on.

And finally, the Edit Photo function provides you with a complete set of Art Filters, that are well implemented, and a text tool that you can use to add a watermark to any image on your Camera Roll. That's a slick hidden feature that's actually quite useful.

Built-in WiFi on the OM-D E-M1 coupled with Olympus Image Share is a powerful tandem. If you're looking for a reason to upgrade from an OM-D E-M5, I would say this could push some photographers just a bit closer toward the new body.

I know I'm wishing that my E-M5 had this capability.

This product has a high Nimbleosity Rating. What does that mean? You can learn about Nimbleosity and more by visiting TheNimblePhotographer.com.