The new Photos app in iOS 8 not only adds functionality to our iPhones and iPads, but it's a preview of things to come in Mac OS X Yosemite. So it's worth a look at its image editing tools. Here's a tour on my iPad Mini with Retina Display. 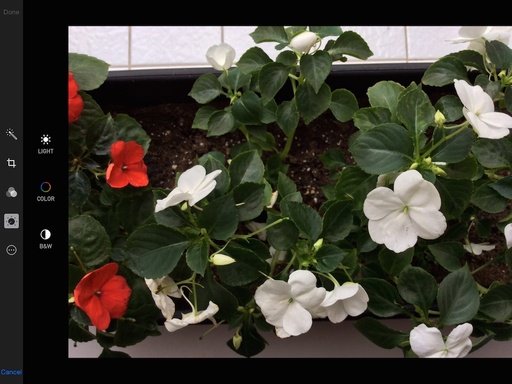 Most enthusiast photographers will want to head over to the Light/Color/B&W panel that is activated by tapping on the icon that is fourth from the top. Apple logically displays options for Light, Color, and B&W - the basics of image editing.

Adjusting with the Light Tools

Tap on Light and you can make a global adjustment by sliding up and down on the thumbnails that represent tonal adjustments. It works fine, but the real goodies are revealed by tapping on the menu icon beneath them. 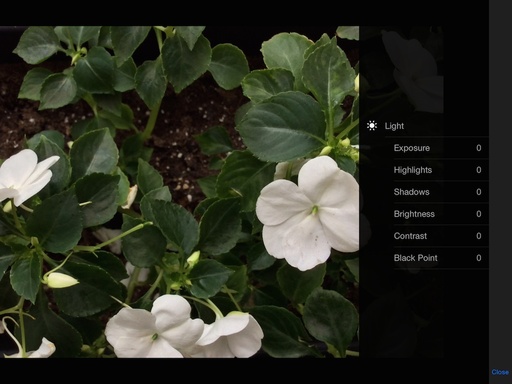 Now it gets interesting. There are six additional adjustments that you can play with just by tapping on them. Here's what they do:

Adjusting with the Color Tools

As with Light, you can make an overall color adjustment by sliding up and down on the color thumbnails. Tap on the menu icon beneath them, and there are three additional adjustments: Saturation, Contrast, and Cast. Here's what they do. 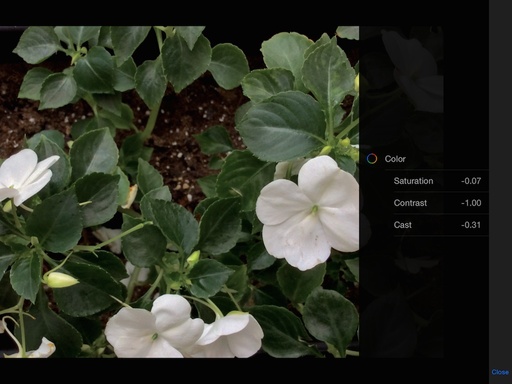 Adjusting with the B&W Tools

The engineers at Apple must like B&W photography. The tools here are pretty sophisticated. Here's what they've included. 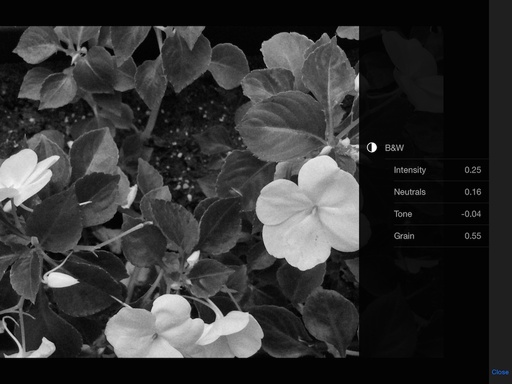 You can view the original version of the image by tapping and holding on it. Lift your finger and you're returned to the edited version.

The tool bar can be positioned on any side of the frame. Rotate your iPad to place it on the side that works best for you.

When cropping, you can pinch to zoom the image in the frame. Very handy. You can lock-in aspect rations by tapping the icon in the lower right corner next to Cancel.

There's no sharpening feature (that I could find) at this time. For that, you'll need to move over to another app.

Overall all, Photos App in iOS 8 is a big step forward. I like the tools that are there now. And I'm hoping for more to come with future updates.

Photos for iOS 8 has a high Nimbleosity Rating. What does that mean? You can learn about Nimbleosity and more by visiting TheNimblePhotographer.com.