What Not to Shoot with a Typical Zoom at Sporting Events 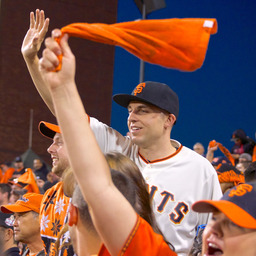 The temptation with a long lens such as this, however, is to push it beyond its capabilities. The most common scenario is at sporting events, especially indoors or at night when there isn't as much available light. In those situations, you'll have a difficult time "stopping the action" because the lens isn't "bright enough" to achieve a fast shutter speed.

Here are a few examples of what I recommend you should, and should not shoot with a consumer telephone under these conditions.

Should: Portraits and Human Interaction 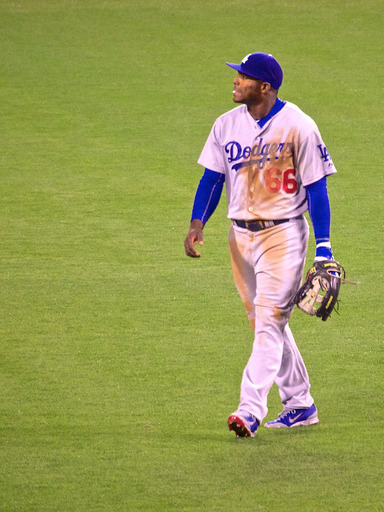 Should Not: Action on the Field or Court 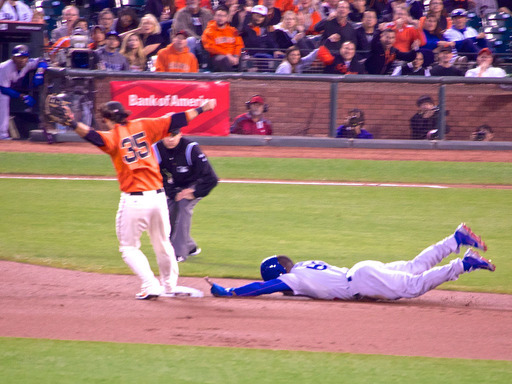 Why? It really comes down to shutter speed. Even at a high ISO, there just isn't enough light to provide the shutter speed you need. This shot of Puig sliding back to second base was captured at 1/200th of a second. There's lots of motion blur. Plus it looks like I moved the camera a bit during the capture also. To have any hope of freezing the action, I would need at least 1/500th, and probably 1/1000th of a second.

What I'm really saying here is to manage your expectations when using consumer gear in these situations. And by adding plenty of portraits and fan moments to the mix, you'll feel that your overall shoot was more successful.