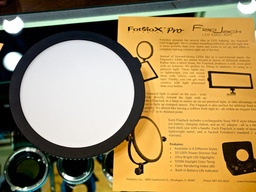 I ran a test today in the Fotodiox booth at PhotoPlus Expo. I asked Vanessa if I could take 3 pictures of her. The first with ambient expo hall lighting. Next, with a hotshoe flash mounted on the Olympus OM-D E-M1. And the third with me holding a Fotodiox Pro FlapJack LED Edge Light C-200R - 7-Inch Round light for illumination.

The Flapjacks have a glow that's excellent for portraiture, and I wanted to see how they compare to typical journalism lighting. Instead of forward-facing LEDs like in a conventional panel, the FlapJack's LEDs are mounted around the outer edge, aimed inward at layers of diffusion material. The FlapJack's bounced light produces a soft, even glow with no hotspots. All of this within a portable unit that's less than 1/2" at its thinnest point.

Thanks to its 5500k daylight color temperature rating, skin tones look great, even using auto white balance on the camera. The dimmer control provides adjustment from 10 percent to full power. The kit comes with everything you need including rechargeable battery, power supply cable, light stand mounting bracket with ball joint - all fitted neatly within a custom case. And since the battery is a standard Sony model, additional units are readily available.

So, let's take a look at that test shoot I mentioned. These shots have not been adjusted. 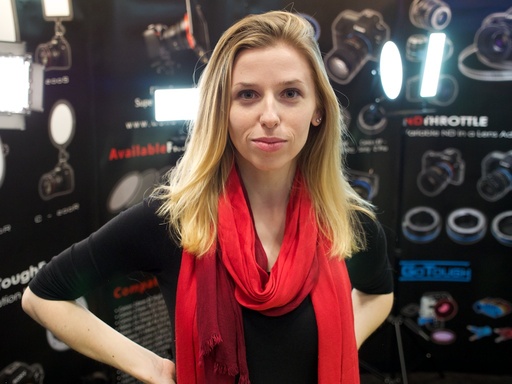 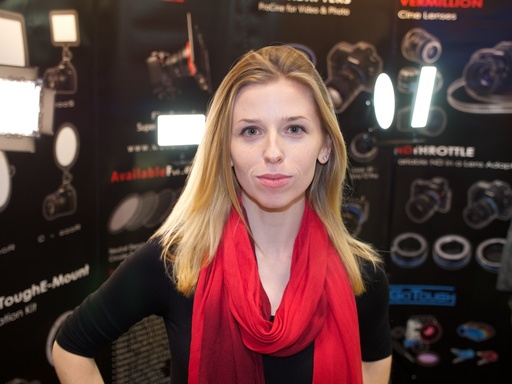 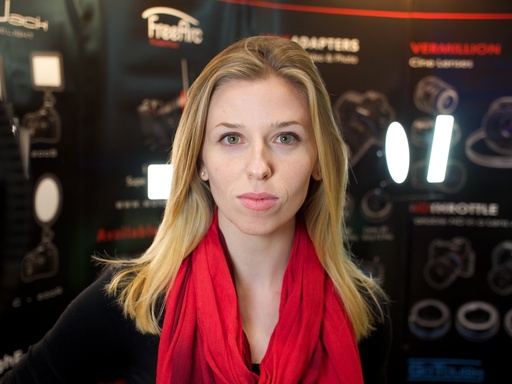 In addition to not needing any light modifiers for the flattering glow, I'm also impressed with the excellent color balance. Portrait photographers on-the-go will appreciate the fast setup and ease of use.

This Fotodiox LED Flapjack has a high Nimbleosity Rating. What does that mean? You can learn about Nimbleosity and more by visiting TheNimblePhotographer.com.