There are interesting shots wherever people congregate. I packed an Olympus OM-D E-M10 with a Panasonic 20mm F/1.7 II ASPH lens, set the ISO to 800 and the aperture wide open, then explored the venue before gametime. 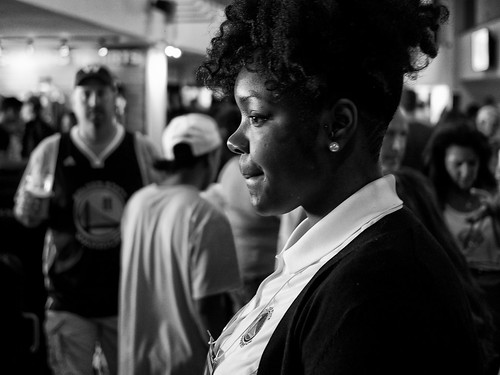 The confined space kept people close together and generated a kind of human energy, that for me, comes across in the images. Plus, the anticipation of the first NBA playoff game of the season for the front-running Warriors definitely served as a booster. 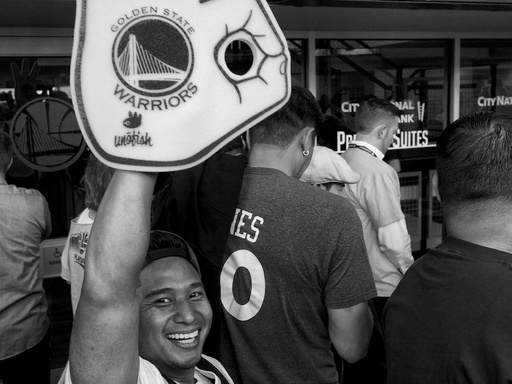 The Panasonic 20mm is a terrific street shooting lens for micro four thirds cameras. It has a natural field of view, is very fast, and it doesn't attract attention to itself, especially on the petite E-M10. 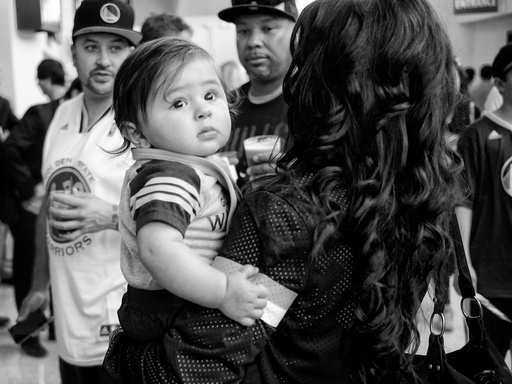 Everyone around me knew I was taking pictures. Although I worked quickly and composed on the tilting LCD screen. I think it's less intrusive to photograph people that way than to hold the camera up to my face and direct it at theirs. 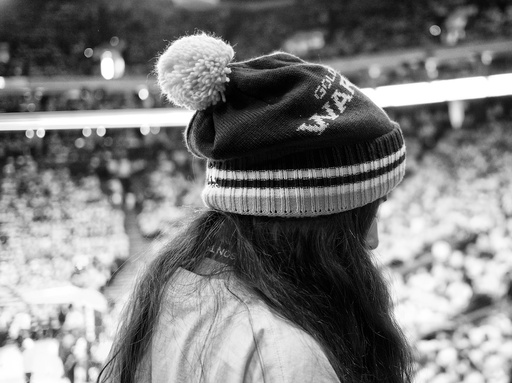 Once the game started, I switched to the Olympus 45mm f/1.8 for crowd portraits and action on the court. Again, wide open, but this time at ISO 1600 to compensate for the lower light levels. 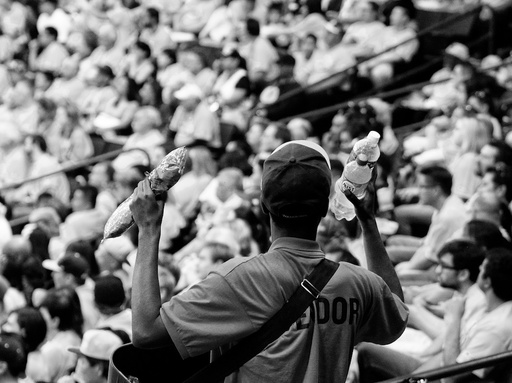 Vendor in the Aisles

I organized the images in Aperture 3.6 and processed the B&W in Nik's Sliver Efex Pro 2.

The OM-D E-M10 with the Panasonic 20mm f/1.7 has a high Nimbleosity Rating. What does that mean? You can learn about Nimbleosity and more by visiting TheNimblePhotographer.com.