Imagine being able to record true film footage with all the character of Kodak celluloid, yet with a device that has an integrated digital mic, 3.5" swivel LCD screen, and an SD card slot to store the dialog. Wouldn't that be an interesting convergence of old and new? 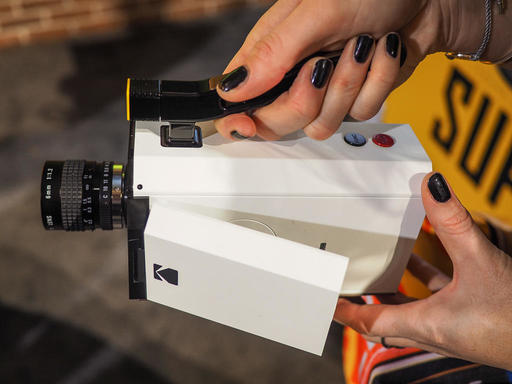 That's what Kodak is endeavoring to do with the just-announced Super 8. They've brought together designer Yves Behar to create the look, and Logmar in Denmark to handle the mechanical fabrication for this hybrid camera. The result is one of the more fascinating devices I've seen at CES. 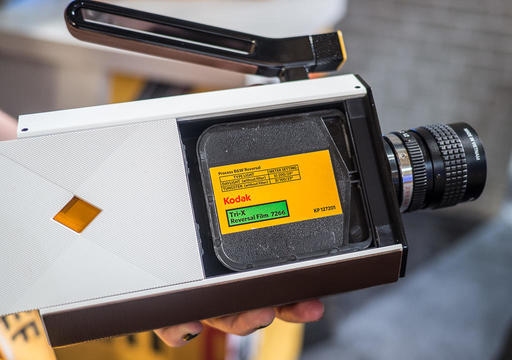 Kodak writes, "By launching its first Super 8 camera product in more than 30 years, Kodak is demonstrating its resolve to ensure that film plays an important role in the future of filmmakers - both professionals and amateurs. This product, like many in Kodak's history, will be a tool for artists and all those who aim to capture special moments."

The Super 8 accepts C-Mount lenses; uses 50-foot Kodak film cartridges; provides variable speeds of 9, 12, 18, 24, and 25 fps; offers both manual speed and iris settings; includes cartridge detection; ships with integrated battery with charger; and includes an integrated mic as well as line-in for your own audio gear. 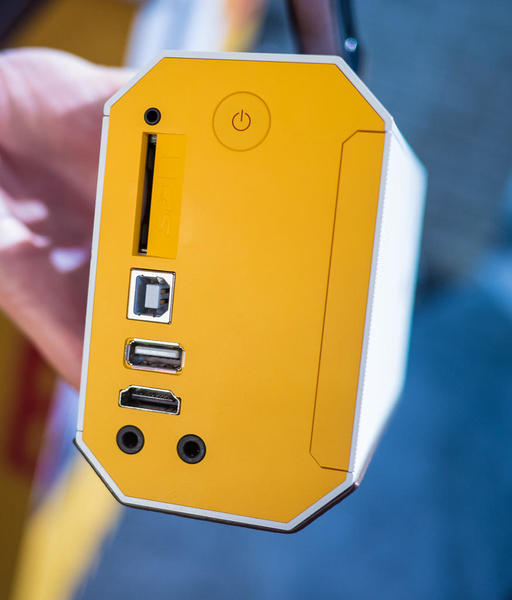 The workflow is relatively simple. You shoot and ship the film, then Kodak processes it, scans the footage, and delivers it to your mailbox. You can add the audio and edit the content using any standard video editor... except that your source has the look of film instead of digital video.

If you need a more detailed view during capture, you can also send the SD video output to and external monitor (via HDMI) in lieu of the integrated LCD. The Super 8 really does bring together both worlds of filmmaking. 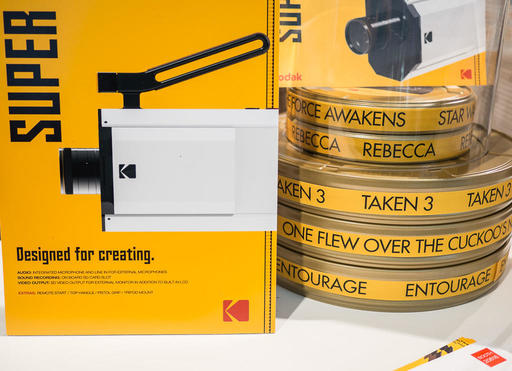 Rachel Morrison (cinematographer, director) wrote this about analog storytelling, "There is something tactile about film that is inherently humane. I can't think of anything more fitting for a medium whose currency is channeling emotion into imagery."

Kodak is planning to make the first run of Super 8s available later this year. No price has been set yet, but the best estimates are between $750 and $900. Plus, of course, there will be the price of the film and its processing.

I'm looking forward to seeing what visual artists can do with this camera.