When you're standing in the snow and the sun breaks through the clouds, what do you think about? For me it usually goes something like this... "Where are my sunglasses? Followed by, "This is at least +1.5 EV." Seriously. Evaluating the light is an ongoing dialog in my head. It's the only way I could really improve my skills with exposure. In today's show, I'm going to talk about seeing light and using that skill to improve our photographs.

Are You Really Seeing Light? 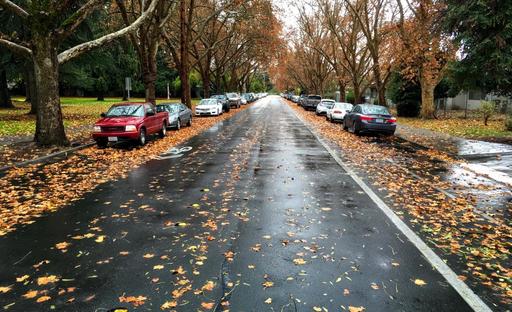 My internal dialog, as it relates to light, usually concentrates on three things:

Apple: FBI Could Force Us to Turn On iPhone Cameras for Spying - covered by Petapixel

Apple has been in a highly publicized legal battle with the FBI, which is demanding that Apple help bypass the security features of the iPhone 5C that was owned by the gunman in the 2015 San Bernardino attack. Apple has refused, saying that complying would set a dangerous precedent that could open up back doors into its popular smartphones. In addition to permanently reducing the security of phones, it would only be a matter of time before the government forces Apple to turn on iPhone cameras and microphones to spy on people, Apple says.

"Someday they will want [Apple] to turn on [a user's] camera or microphone," says Apple head of services Eddy Cue in an interview with Univision. "We can't do that now, but what if we're forced to do that? Where will this stop? In a divorce case? In an immigration case? In a tax case? Some day, someone will be able to turn on a phone's microphone. That should not happen in this country."

This journey began more than a year ago. And now I'm happy to announce that Capture One Pro Essential Training is now available on lynda.com. Here's more about it.

Member Quotes of the Week

Phil wrote: "I can't afford a 1Dx Mk2 but if I'd ordered one I think I'd be a little miffed that the new entry level offering has features that I won't get on the flagship model costing in the region of ten times more. Nice to see wifi and nfs on this camera but commiserations to 1DxMk2 buyers."

Post your thoughts on our Facebook page. Believe me, I read them. Also, we have a question going on Facebook right now: "If you had to pick one film camera from the past, that you craved, but couldn't afford, what would it be?"

Do You Follow the "TDS Member Photo of the Day?"

Here's why you should...

Out of Chicago Update - The debut of The Nimble Photographer Workshop sold out on Friday, June 24. Because there is a wait list, we've added a second workshop on Thursday June 23. I hope you can join me in Chicago this coming June. There's still time for Early Bird pricing.