Micro Four Thirds photographers have always admired Panasonic's video capabilities. But with the introduction of the Pansonic DC-G9 body ($1,698), serious still shooters have much to be excited about as well. Looks like we have a worthy competitor for the Olympus OM-D E-M1 Mark II ($1,799). 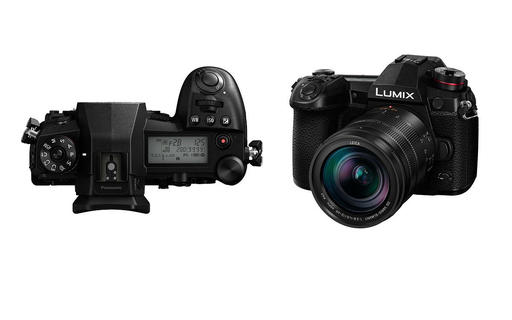 "To withstand heavy field use, the LUMIX G9 is composed of a magnesium alloy full die-cast front/rear frame and is not only splash proof and dustproof, but also freeze proof down to -10 degrees centigrade. The largest-in-class Status LCD on the top of the camera makes shooting even easier and more comfortable. For the rear monitor, a 3.0-inch free-angle LCD in 3:2 aspect ratio with 1,040K-dot high resolution is equipped. The G9 has a double SD Memory Card slot, compatible with the high-speed, high-capacity UHS-II."

Now add up to 6.5 stops of sensor stabilization, and shooting bursts at 20 fps with continuous autofocus using its electronic shutter (9 fps with mechanical) and 60 fps with single AF (12 fps with mechanical). The buffer allows for up to 50 Raw images to be captured in a single burst. Oh, and you still have great video as well: UHD 4K video at up to 60 fps, with a maximum bitrate of 150Mbps.