With the Olympus 17mm f/1.2 PRO mounted on my PEN-F or the flagship OM-D E-M1 Mark II, I now feel like I can shoot anything, anywhere, at any time of day. 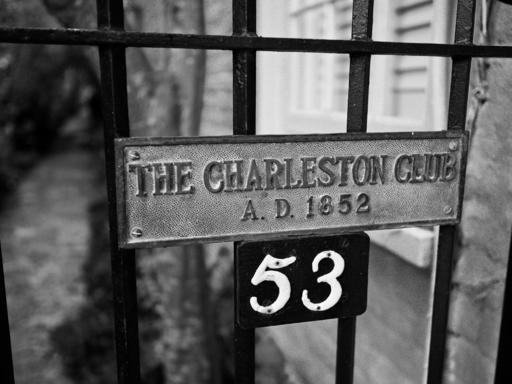 "The Charleston Club" - I started working with the 17mm PRO just like I would any street lens, during the day exploring the world. And it worked great in this environment. (Nice background BTW.)

Working with this lens is when I realized that f/1.2 really is different. Yes, you can better control the background with the wider aperture (as shown above). I had fallen in love with this feature using the 45mm PRO. But the 17mm version of the lens, with its wider, more versatile field of view (34mm equivalent) was confidence-inspiring in another way. It wasn't as much about the background as it was being able to shoot wide open and capture shots that I would normally have to bypass. 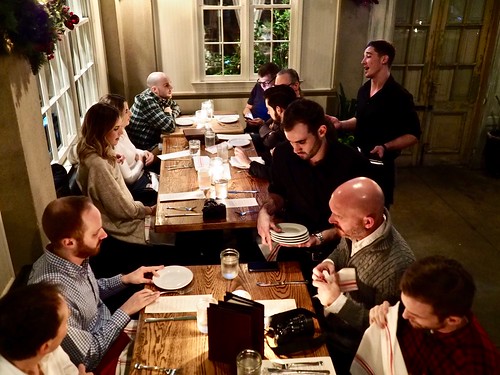 One night in South Carolina, I decided to take the 17mm PRO mounted on my PEN-F instead of the E-M1. It was a nice looking tandem, and was reasonably portable. There was one point in the evening as we were waiting for our meals to arrive that I noticed a moment that seemed to capture the feeling of the night.

I held the PEN-F over my head and composed with the LCD. Even in this dimly-lit room at an awkward shooting angle, I was able to record the shot that was in my mind. This is when I began to feel that I could tackle any situation with this kit. 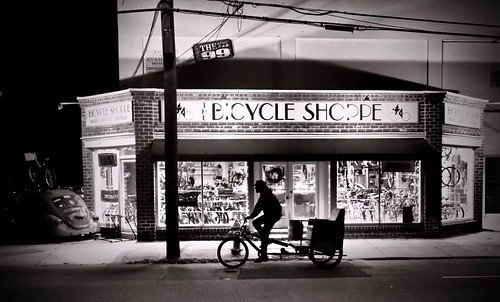 I really pushed the envelope on a dark street in Charleston walking back to the hotel one night. We were admiring this bike shop and right on cue a cyclist came peddling down the street. I didn't really have time to configure my camera, so I just raised it to my eye and shot. I had no expectation for success. Yet, the image is what I hoped it would be.

There are many uses for the Olympus 17mm f/1.2 PRO. But as a street lens, you can mount it on your camera and shoot indoors, outdoors, and well into the night. It is the desert island lens for street photography.