I've been watching the Golden State Warriors play basketball in Oracle Arena ever since I moved to Northern California. My boys and I grew up there together. I was a season ticket holder for 5 years and 3 championships. 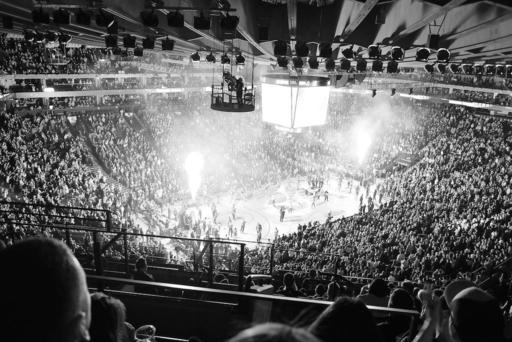 With the move to Chase Arena next year and the escalating ticket prices, I gave up my seats at Oracle this year. To be honest, I couldn't afford them anymore. But I did want to say farewell to the place that we once referred to as "Roaracle." In its heyday, when everyday basketball fans could afford to attend, it was a magical place. 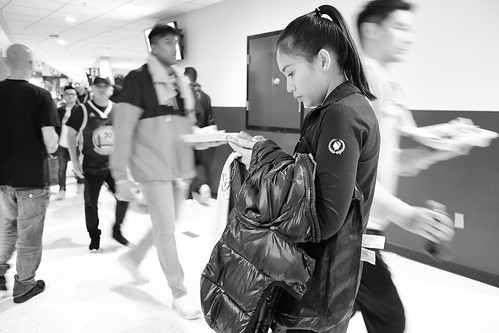 So I donned a Stephen Curry jersey, packed my Fujifilm XF10, and headed to the arena on a rainy bay area night. 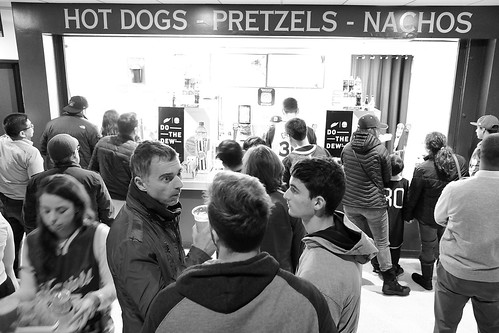 In addition to saying goodbye, I wanted to capture one last album of shots from my basketball home. I set the camera to B&W mode, and took pictures every step of the way. These images are not cropped. I wanted to share the scenes exactly as I saw them while I was moving through the evening. 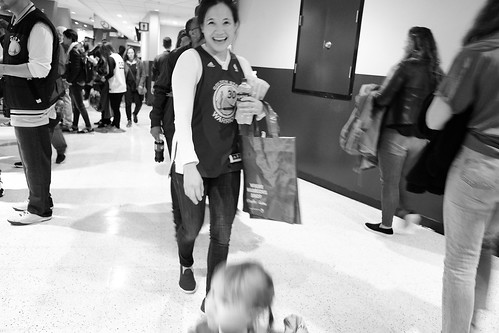 The XF10 is a great camera for this assignment. I can jack up the ISO to 3200, open the aperture to f/2.8, and just shoot away at 28mm. The black and whites are very pleasing. And no one seems to care that I'm taking their picture with this svelt little camera. 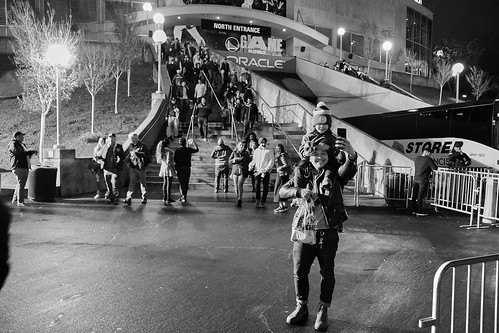 The game itself, well, it was a dud. The Boston Celtics came to town and took our lunch money. It may have been the worst game I've ever watched there.

But that wasn't the point of the evening. I was there to get the last of my memories, and to say goodbye. On that front, the evening was a success. 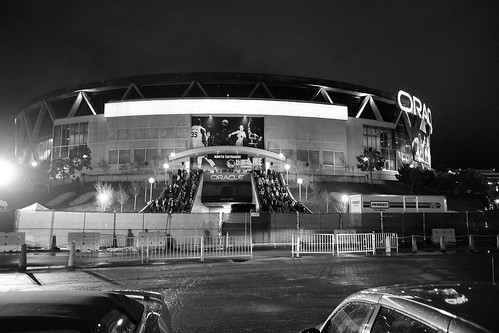 Who knows what will happen in the future with me and this basketball team. It's been a good run. My boys are graduating from college this spring. The Warriors are moving across the Bay Bridge. There are lots of changes ahead.

I will say this, however. I loved that the Warriors played in Oakland. I think Oracle is a great place to watch basketball. And if a new arena was truly necessary, I wish they would have built it in the East Bay.