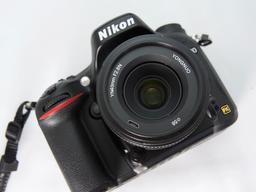 In the world of interchangeable lenses, photographers tend to favor matching brand names, such as Canon for Canon, or well-known optics from companies such as Zeiss, Tamron, Tokina, and Sigma. Outliers, especially from China, don't get as much attention. But that doesn't mean they're not worth investigating every now and then. Such is the case with Yongnuo.

I bought it anyway, thinking, "How bad could it be?" I mean, two years later, it's still around and selling. 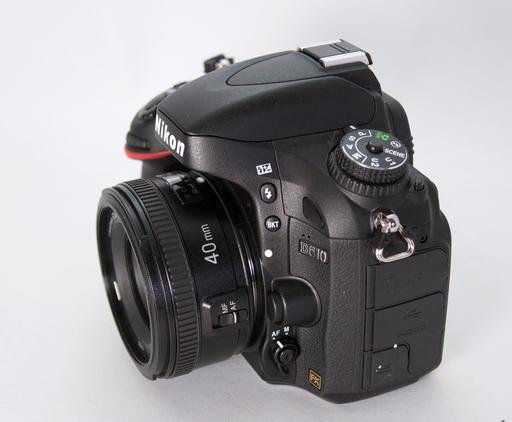 After perusing a dozen images captured with the lens on a Nikon D610, I agreed with the reviewers on one point: the Yongnuo was indeed sharp. What was no longer correct was its poor auto focusing performance. Very few had bothered to revise their reviews after the firmware update that addressed that very issue (Version 1.02, Dec. 2017). The current lens, or those updated with the latest firmware, should perform just fine on the D610 and other Nikons.

Why Even Bother with this Lens?

At this point you may be thinking, "OK, that's great Derrick. But why do you care so much about a 40mm lens that's made in China for a DSLR?"

If you look at the bloating evolution of many mirrorless cameras, and you revisit some full frame DSLRs, such as the super-affordable Nikon D610, you'll see that there isn't much size and weight difference if you get a light, compact lens on the DSLR. 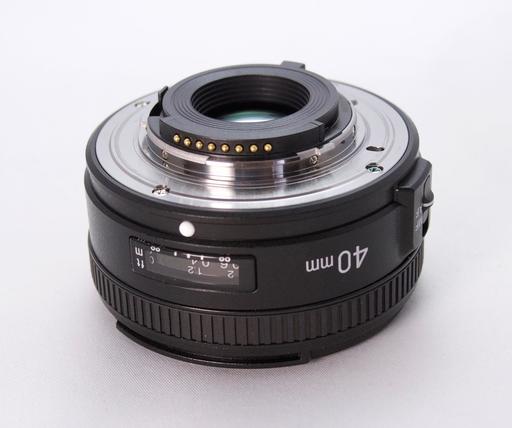 Plus, I much prefer 40mm lenses to 35mm and 50mm focal lengths. 40mms are neither too wide nor too narrow - just right for an "everyday around the neighborhood" optic. The Yongnuo is compact, light, sharp, and wildly affordable. It has a nice metal mount, digital brains that are upgradable, and looks rather handsome on the D610. And all for that for the price of a polarizer. It's definitely worth exploring.

With an f/2.8 maximum aperture, I can shoot existing light in most situations. The AF isn't for sports photography, but it's fine for everyday life, especially in S Drive mode. And the pictures look very good.

The optic doesn't ship with a lens hood, but I discovered something interesting. It has threads for a bayonet mounted hood that look familiar. Sure enough, if you own the Nikon G 50mm f/1.8, the hood that comes with that lens, the HB-47, fits perfectly on the 40mm. How smart is that? 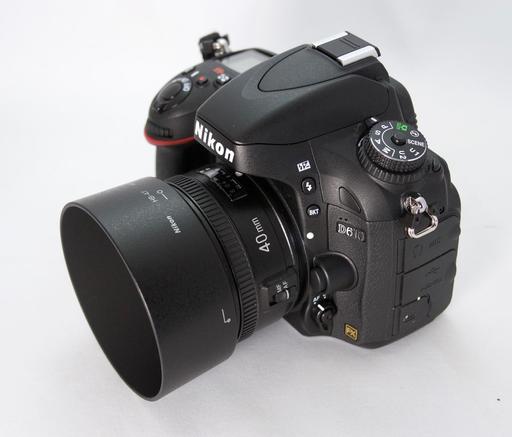 Also, I recommend a quality MC filter to protect the data port, front glass, and focusing mechanism. Since it's the same 58mm thread as with the Nikon G 50mm, again, you can repurpose that as well.

In terms of when to use this optic, it's really nice for nimble photography when you want to travel light and compact. You can mount it on a Nikon DSLR, and suddenly the camera fits in places that it never did before. You can stash a zoom or bigger prime lens elsewhere in your bag if you need them.

Good uses included candids, street photography, travel, and around the house. I wouldn't consider the Yongnuo 40mm for sports coverage or inclement outdoor adventure. It really isn't what I would consider a rugged, all weather optic. It's more of a city kid.

In the final analysis, good pictures are the real bottom line. I've only tested the 40mm on a D610, which makes a lot of lenses look good, but the results have been surprisingly wonderful for a sub-$100 optic. Center sharpness is excellent, edge detail is good, and distortion wasn't a problem for me. (If you process your Nikon RAW files in Capture One Pro, they look really good.) 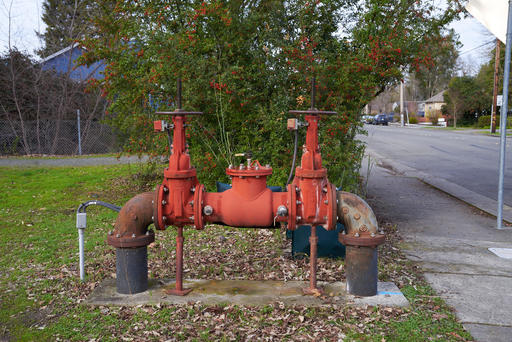 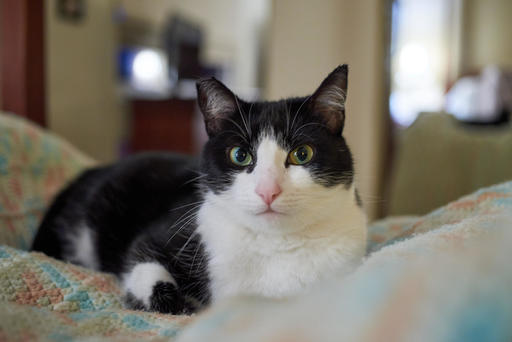 Firmware updates are a wonderful thing. In the case of the Yongnuo 40mm f/2.8, it appears that the update back In Dec. 2017 corrected the biggest grip among early reviewers: poor AF performance.

That issue being resolved for most photography situations, we're left with a sharp, inexpensive, prime optic in a focal length that's not being served by Nikon. It's hard to complain about that.

The oddly wonderful Yongnuo 40mm is currently mounted on my D610. I think I'll just leave it there for now.