Just over a decade ago on June 16, Olympus added a completely new camera to their lineup: the E-P1. To this day, with the arguable exception of the PEN-F, it was their most handsome Micro Four Thirds design. 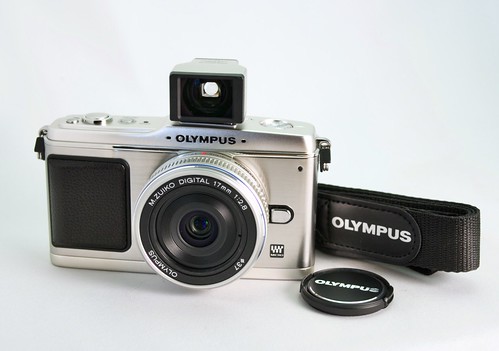 My favorite E-P1 kit with 17mm f/2.8 pancake lens and the optical viewfinder attachment. All photos by Derrick Story.

Just before the official launch in 2009, Olympus pulled together a press junket to New York City to introduce the camera and provide the opportunity to test it for our reviews. After a couple days of shooting, I knew this little gem had great potential. It was so light and versatile. I just wanted to have it with me all the time. 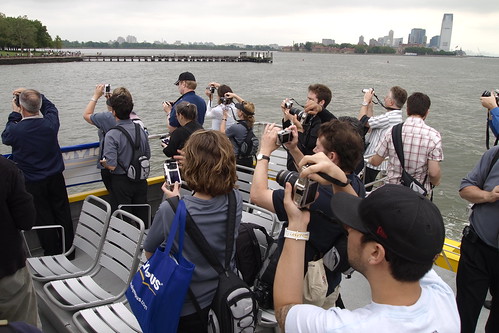 June 2009: Press corps on the Staten Island Ferry with PENs in hand. Photo by Derrick Story with the Olympus E-P1.

The basic specs for the first Olympus Micro Four Thirds were quite decent for its time. 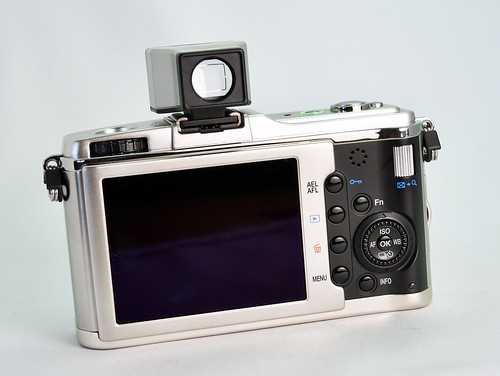 Two physical things that I liked about the camera, aside from its compact size, were how the "sunken" mode dial (on top) and the vertical sub-dial (on the back) were designed. They were truly unique among the camera's peers. And I thought they were absolutely beautiful. We haven't seen the vertical back dial since... too bad!

The back LCD, handsome as it was, only displayed 230,000 pixels. And unless you had the VF-1 optical viewfinder, you had to compose on that fixed-back, relatively low resolution screen. That wasn't a problem indoors, but out in the bright sunlight it could be a challenge. As a result, outside I shot primarily with the 17mm and the optical viewfinder. It should be noted that even this first model had the beloved Super Control Panel that fills the entire back LCD with vital information. 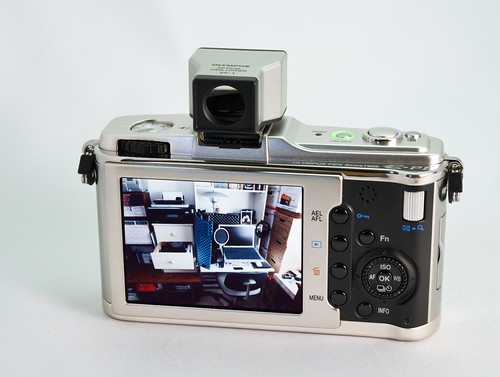 The image quality was quite good. And the E-P1 instantly became my go-everywhere travel companion. I also used the 14mm-42mm zoom (28mm-84mm equivalent), but the 17mm pancake was my favorite optic on it. I was rarely concerned about the 12MP resolution (my Nikon D700 is 12MP as well), the color was excellent, and the E-P1 was packed with many creative features, such as Art Filters that we didn't see on DSLRs at the time. 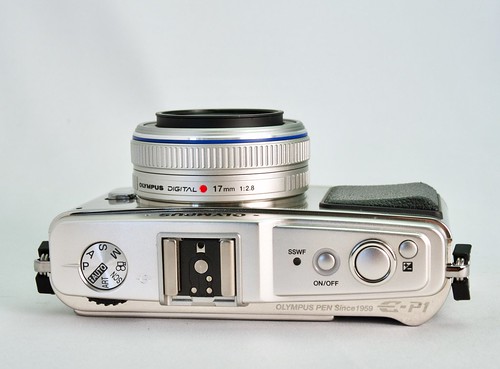 One very cool feature on the top panel was the Super Sonic Wave Filter indicator (SSWF). When you first turn on the camera, ultrasonic vibrations are used to remove dust and dirt from the image pickup device's filter surface. The tiny blue light next to SSWF flashes during the cleaning process. It only takes a second or two, but I really like the visual indication.

I'm also a fan of the glowing green circle around the On/Off button that lets you know the camera is powered up. Again, this is stuff that you just don't typically see on digital cameras. And those little touches really add to the shooting experience. 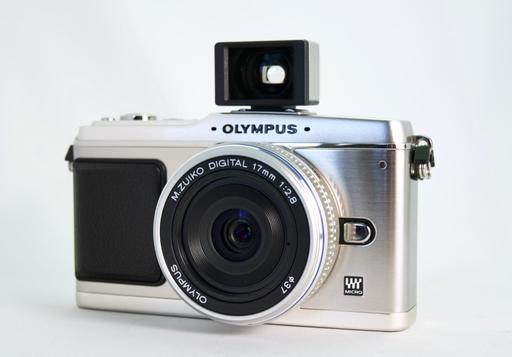 The Olympus E-P1 is a camera that I will never sell. Even though it's petite, it's a big part of photographic history, and still a good shooter even today. (Although now I like to mount the 17mm f/1.8 on the camera with the optical viewfinder.) And if you want to turn heads in a crowd, just pull out the E-P1. People are fascinated by this neo-classic. And they will ask you what kind of film do you use in it.