My Top 5 Articles on Medium.com

I'm celebrating my first year anniversary on Medium.com, where I've published 34 articles in the last 12 months. I enjoy writing for this site. With expert authors covering practically every topic imaginable, I'm thrilled to be a Top Writer in both Photography and Art. It's a wonderful publishing environment. 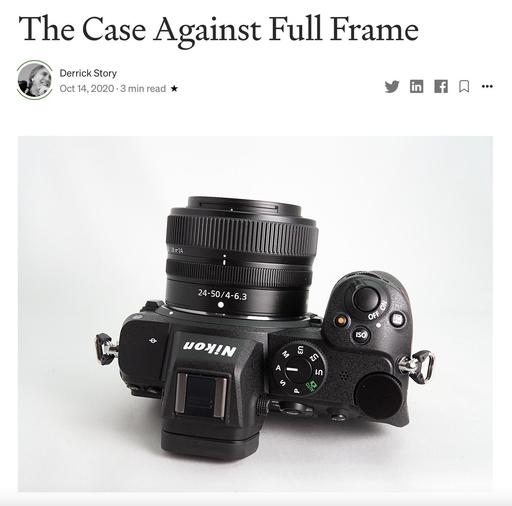 The Case Against Full Frame - If we've learned nothing else from the surge of smartphones in photography, we've seen that size doesn't matter, brains do.

Quite honestly, I'm disappointed in the camera industry as a whole. They are lumbering down a path of expensive full frame cameras and exotic optics when they should be innovating in the opposite direction. 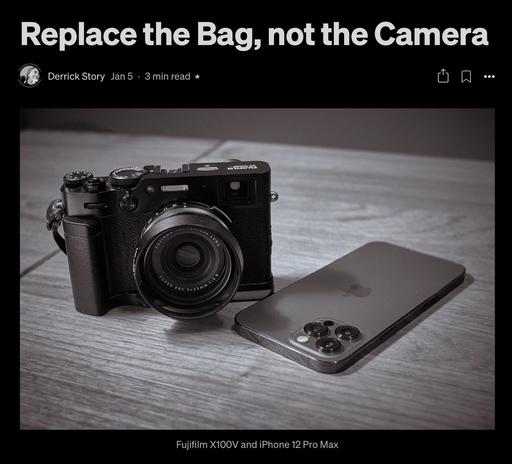 Replace the Bag, Not the Camera - Combining a smartphone with a well-thought-out camera provides me the options that I need in a kit that can always be with me. In this age of smartphones, my camera isn't going anywhere. As for my camera bag... 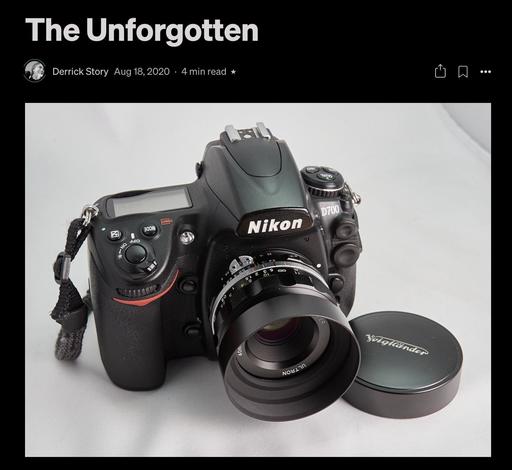 The Unforgotten - DSLRs are not as hip as film cameras nor as compelling as mirrorless, hence nobody knows what to do with them. They are auctioned off on eBay for cheap or simply sit in the back of the photo cabinet with their lithium batteries trickling down.

This was the reality facing mine a year ago. I was digging around for a lens and caught a glimpse of its prism hump in the darkened corner. I pushed a few items aside to reveal its full presence. "Still looks pretty good," I thought. 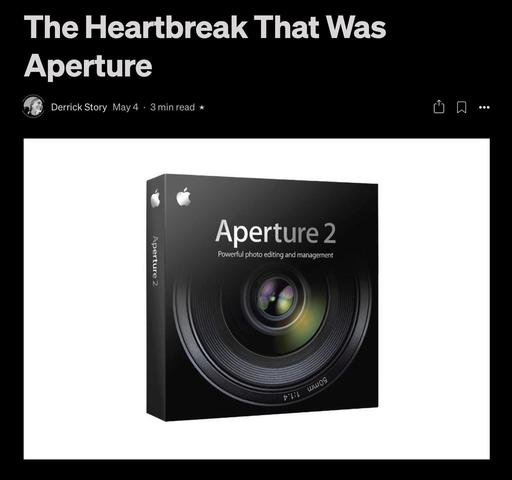 The Heartbreak That Was Aperture - I remember when I received the news from Apple: they were discontinuing their professional photo application, Aperture. The phone call was a heads up before the official press release broke. I thought it was a joke. 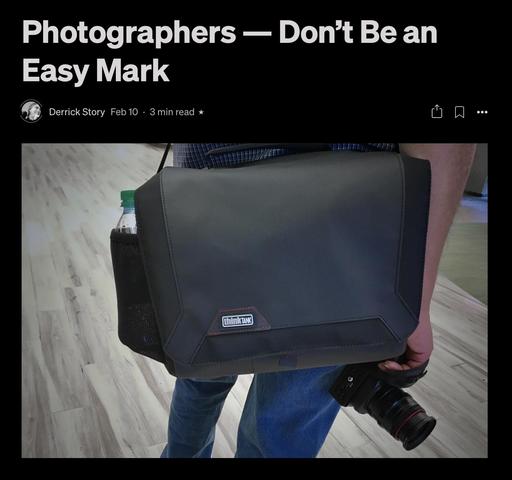 Photographers - Don't Be an Easy Mark - Photography is not a contact sport. Yet these days, a camera bag in public feels like an invitation to conflict. We're seeing photographers robbed in parks and confronted on downtown sidewalks. Their backpacks are being ripped from vehicles during smash and grab robberies, sometimes while the owners are still in the car.

None of these victims "were asking for it." They were going about their craft with cameras, lenses, and accessories they believed were helpful to produce the images they desired. But do they really need all that gear with them?

Thanks to All of Those Who Have Followed Me on Medium

I want to express my gratitude to everyone who follows me on Medium. I truly appreciate it.