With the announcement of the OM System OM-5 mirrorless camera, Micro Four Thirds enthusiasts now have a clear choice between two new OM System cameras. Which is right for you? Let's start with the mid-level OM-5. 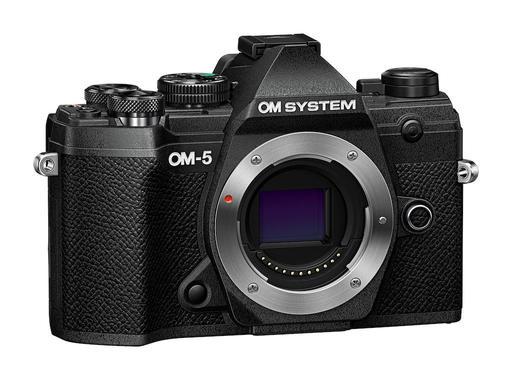 Mid-level cameras such as the OM-5 tend to get similar technology as their flagship brethren, but not all of the pro-level niceties. Let's start with what you get for your $1,199.99. Take a look at the following comparison illustration with the earlier Olympus E-M5 Mark III. 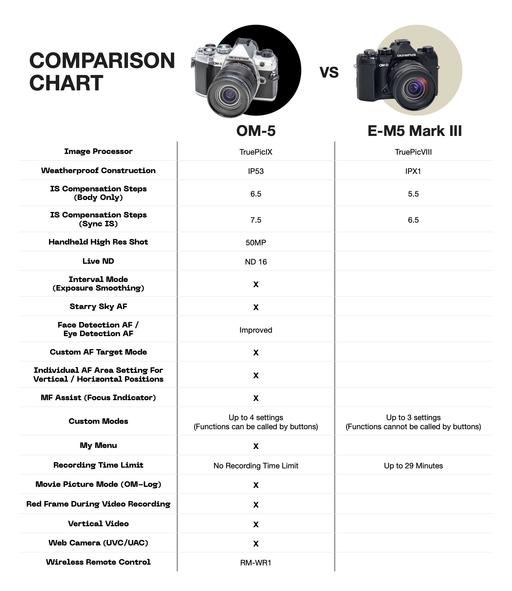 You'll see by looking at the comparison chart and key features, that much emphasis is placed on technology and weather resistance. This is a compact, durable, highly capable camera that you can take just about anywhere. It could also serve as a solid backup camera to your existing OM-1 if you needed that.

So, what are the shortcomings when compared to the flagship OM-1? For starters, the micro-USB port on the OM-5 is older technology compared to the USB-C port on the OM-1 (but you do get native the USB webcam support). Also, the mid-level camera did not receive the upgraded menu system that its big brother sports. There's a single UHS-II memory card slot instead of two, and it uses the smaller 8.46Wh BLS-50 battery, which has less power, but does keep the body compact. 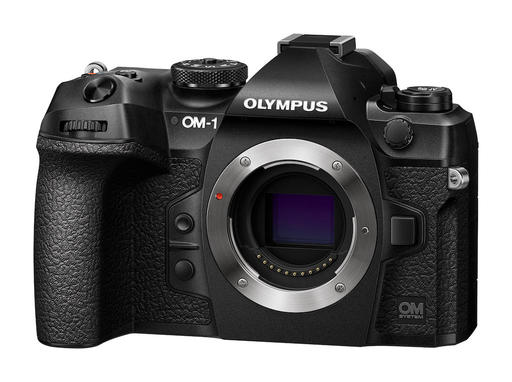 Other noteworthy characteristics include: highly durable shutter unit that clears 400,000 shutter actuations (according to in-house testing conditions), night view mode makes it possible to view subjects even in dark environments, and independent AEL and AF-ON buttons.

All of this in a rugged, weather resistant design that will prove to be highly reliable in just about any environment.

So Which One Is Right for You?

The obvious starting point is price. The $1,000 difference between the two cameras is a big deal for many enthusiasts. Next, can you live with the older menu system, micro-USB connectivity, and a single card slot?

If your primary goal is to enjoy the latest technology in MFT photography in a rugged, compact body, and you can live with the feature differences, the the OM-5 presents a pretty good value at $1,199.99. However, if you want the faster, more robust performance of the OM-1, plus the "best of the best" spec for Micro Four Thirds, then go with the OM System OM-1.

My view is that the OM-1 is the obvious choice for professional use, sports photography, and serious photojournalism. The OM-5 is a good choice for travel photography, hiking, family gatherings, and folks who love technology but don't necessarily need every professional feature.