Canon Picture Styles: Worth It for Jpeg Shooters?

I started paying attention to Canon Picture Styles about the time they put a button for them on the back of the camera. I figured if they got their own button, this must be important. When you go to the Picture Styles menu, you choose from a handful of settings: Standard, Portrait, Landscape, Faithful, etc., or you can create your own. Each Picture Style is determined by four parameters: sharpness, contrast, saturation, and color tone. This gives you more control over how the image is processed in the camera.

I've been running field tests with this function to decide how I feel about it. During the latest experiment, in Yosemite National Park, I shot in Raw+Jpeg mode on a Canon Digital Rebel T1i (500D) with a 24-105 mm L f/4 lens. I used the Landscape Picture mode, which affected the Jpegs, and then processed the Raw files in Adobe Camera Raw to my tastes, then compared them. 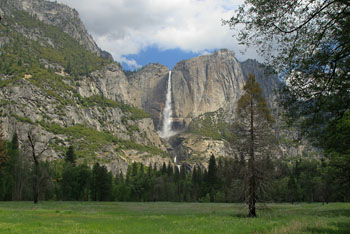 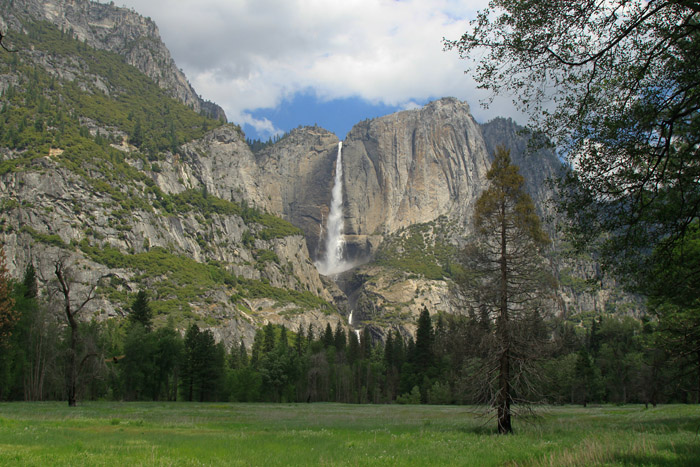 As you see in the sample photos, the greens and yellows were really pumped up in the stock Landscape Picture Styles Jpeg, almost like a Velvia film slide. Even though the Raw and the Jpeg versions were captured at the same split second, their unique processing renders them much different.

The Raw file was processed using the Adobe Standard profile as the starting point in ACR (Camera Calibration > Color Profile). A lot of people don't realize that all of the Canon Picture Styles are also there in the Camera Calibration tab when you process Canon Raw files in ACR. So if you want, you can switch among the different Styles in post production and choose the starting point you like best. I went with Adobe Standard for this shot. 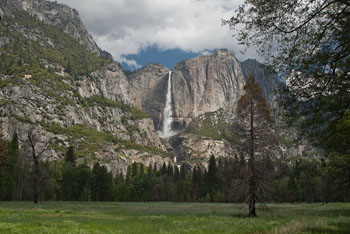 Yosemite Falls captured with Canon T1i in Raw format then processed in ACR. Photo by Derrick Story. Click to zoom.

So the question is, if you're shooting Jpegs, is Picture Styles worth considering? I would say yes if you did a little pre-work to create your own Styles settings. I think that's where their best value resides. The presets are fine, but they don't really express your photography. Of course, the ultimate control comes with Raw shooting. But if you have a Picture Style that you trust waiting for you in the Picture Styles menu, then you have a reasonable alternative to Raw shooting for those times that need it.

More About the Canon Rebel T1i

I've been playing around with them lately as well, but find I generally prefer to stay with the basic setting and work my own magic as needed in post. The Adobe picture styles you mention are close approximations to Canon's, but they're not exactly the same. If however, you want to apply the exact Canon picture style to your RAW photos, or play around with different ones, or even create your own unique picture styles, you can do so in the somewhat underrated Digital Photo Professional software that comes with Canon DSLRs.

You can also take advantage of some JPEG only "in camera" technologies like Peripheral Illumination Correction (better than devignette with Canon lenses) and Lighting Optimizer on your RAW photos in DPP. It's still a fairly barebones tool compared to Aperture or ACR, but for applying Canon picture styles and more to your RAW files, it's a fun tool to play with and experiment.

I agree Kip, on all counts. I've been shooting Raw+Jpeg all week (which I normally don't do). But it allows me to see how the T1i processes Jpegs using its various built-in tools, knowing that I have the Raw files for my post production later. All Raw processing is in the latest candidate for ACR right now, since it provides the only support outside of Canon's DPP.

I really like some of the things that DPP can do that you otherwise only get from JPEGs with Canon cameras. The peripheral illumination correction is really, really good, for example, as are some of the pictures styles. However, as we've said, it's a pretty limited tool all around.

So, I've developed a trick. I shoot a couple of RAW+JPEG shots at the beginning of each session. I import them into Aperture and create a "New Master from JPEG." I then use that as a template to quickly recreate the look in Aperture (looks identical to the RAW in DPP) that I then lift and stamp to the rest of the RAW files, while still maintaining all of Aperture's other great features and tools. I hope with Aperture 3 they'll build in some of this technology and eliminate the need to do this, but until then, it works great.

This is a really good read for me, Must admit that you are one of the best bloggers I ever saw.Thanks for posting this informative article.

From low-cost business promotion techniques through web site promotion, ... Want to attract new business but have a small marketing budget or none at all?

From low-cost business promotion techniques through web site promotion, ... Want to attract new business but have a small marketing budget or none at all?

honestly , i don't like to take photos using ( auto mode ) , because if i'll take photos which everyone took , what's the point ? nothing special