Because I had traveled from the West Coast of the US, my first morning in Beijing was an early one. I had awakened at 3:30 am. Since I was planning to be on the streets by 5, I got up, had a few sips of bottled water, and watched the city come to life outside my hotel window. 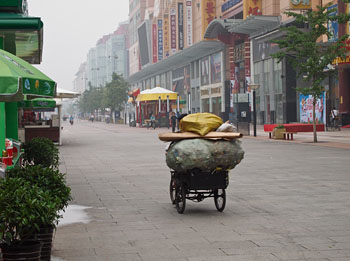 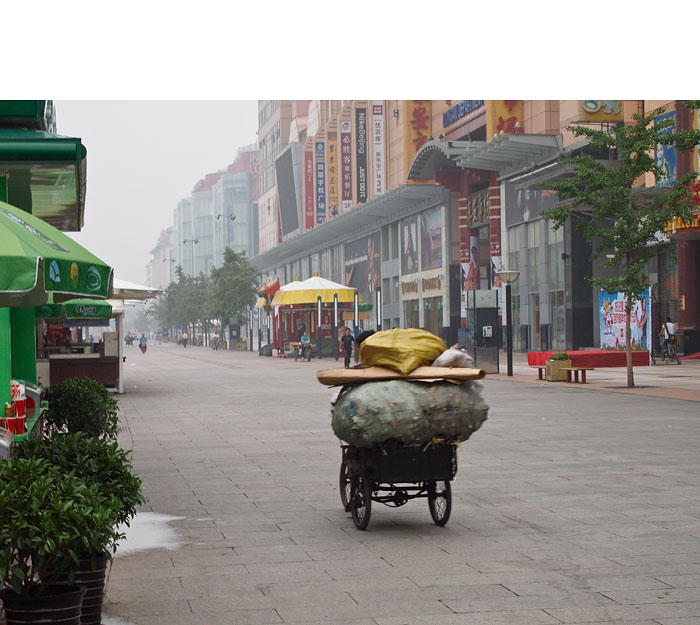 In the thick Beijing haze, there wasn't much light to work with. Colors were muted, and people seemed to vaporize as they trailed off in the distance. I decided to work with the Olympus E-P1 today. I didn't want to attract attention to myself when I wandered off into the alleys, and the E-P1 helped me look more like a lost tourist than a photographer. Plus, it's quiet when I shoot, so I can work closer to people without being noticed.

I wanted to capture shots that had an older feel to them, more like Alfred Stieglitz working the streets of New York. I set the ISO to 320 to give me just enough sensitivity to work handheld in the overcast lighting, but with a slow enough shutter to blur motion. I shot in Raw+Jpeg to cover my bets. The only Raw profile available right now for the E-P1 is with Olympus' own software. Since I tend to work more in Photoshop CS4 and Aperture, I wanted to have good quality Jpegs right now too. The shots I published with this note are Jpegs processed in Adobe Camera Raw. I haven't looked at the Raws yet. 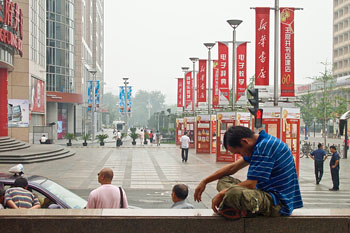 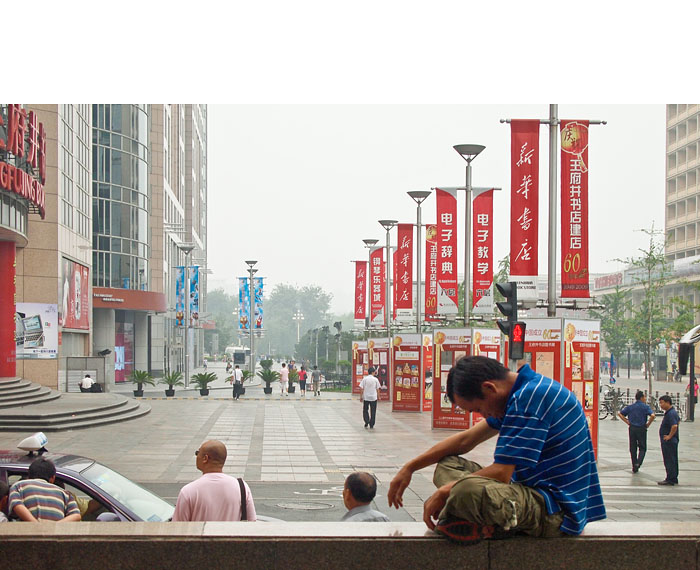 The built-in image stabilization on the E-P1 is pretty good, and thank goodness, because the slowish f/3.5-5.6 14-42mm lens gave me shutter speeds between 1/8th and 1/30th of a second on the back streets in the hazy morning light. All of these variables did come together, however, in an earthy, street grit sort of way. The E-P1's built-in digital level helped me square up shots even when I was holding the camera at weird angles. And the quiet shutter never betrayed me, even when standing less than 10 feet from subjects.

I've posted a set of images on The Digital Story Flickr page. More stories to follow in the coming days, so please stay tuned.

Photos by Derrick Story, captured with an Olympus E-P1. You can view a catalog from the entire trip to Asia on the The Digital Story Flickr page.

More Articles on the Olympus E-P1

Nice to see Wang Fujing again... What time does fly.

What a fantastic glimpse of China!! Great photos!!

Interesting images of Beijing, thanks for sharing - I like the one with the guy sitting on the wall.
Thanks,
Chris