Flickroom Brings Lightroom "Look and Feel" to Your Flickr Photostream

Want to view your Flickr images a new way? Check out Flickroom. This Adobe AIR application not only provides that beautiful charcoal colored interface that makes your photos pop, the Flickroom team has also included a host of useful features such as instant notifications for any activity on your photostream, upload photos by just drag-and-drop, add comments, mark faves, add notes, tweet about your photos, and chat with other Flickroom users. 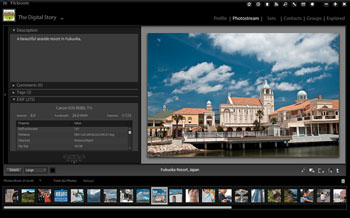 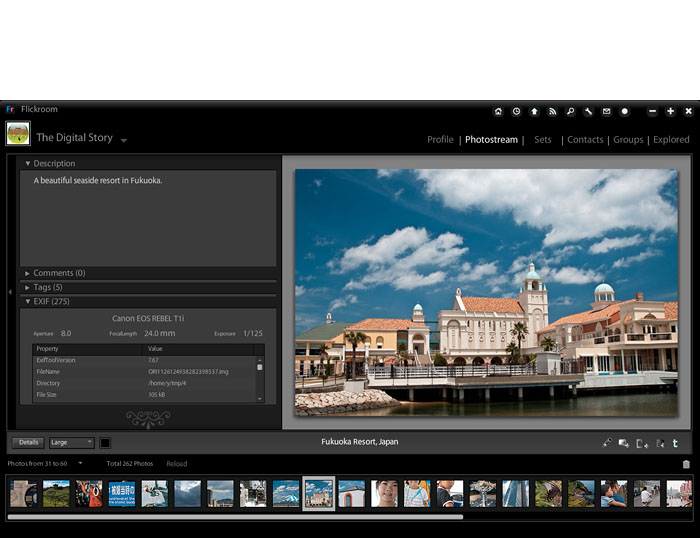 I haven't replaced viewing Flickr with their traditional browser, but I do like Flickroom for "really looking at my photos online." The cleaner interface lets me see my shots differently than I do on Flickr. I also use Flickroom for looking at my site the way the public sees it since it doesn't display images I mark as private.

There wasn't much information about the folks behind Flickroom on their site, so I wrote them and asked about their story. They replied: 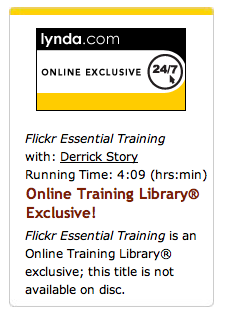 "Ours is a small startup company which has some very talented Flash/Flex/AIR developers and testers. We have decent experience in creating applications (for clients) based on these technologies. Some of the members of our team are photographers and share their pictures on Flickr. Sometime back they felt that the user interface of Flickr could be enhanced immensely if it were made a desktop application using a technology like Adobe AIR. So that led to the whole idea, and we started working on it. Although the current beta version that is available provides limited functionality, we are working on a lot of desktop-integration features that would make the Flickr experience really seamless. With every update of this application, we hope that the experience of Flickr users would get better and better."

Just in the short time I've been following this story, I have noticed remarkable improvements in the application. So much so, I now feel comfortable recommending it for others too. I have a feeling that within another few updates, Flickroom will become a favorite application among many Flickr users.

Looks like a nice interface. I haven't tried it out, but it's not obvious from the screenshot if one can leave comments or mark favorites from Flickroom? That's the big thing that annoys me with using a third party browser for Flickr is that usually the community features are lost.

I think you'll see that the creators of Flickroom appreciate the community side of Flickr. I have the live feed running, and see comments that others are making about my photos in real time. It's kind of fun.

Since Flickroom is a free download, you can try it for yourself.

Nice review. I have been playing around with Flickroom and it is just amazing. It is better than other Flickr apps so far cause it allows you to comment, fave and many other Flickr essential operations from within the app! I dig the chat feature too! I can see that it will do for Flickr what TweetDeck has done for Twitter.

I agree. I think they are definitely on the right track. As I said in the write up, I don't see Flickroom as a total replacement for the normal browser, but as a very nice complement. And I've been using it to show others my Flickr photos because of its stylish interface.

I downloaded it and am looking at one of my contact's photostreams, but for the life of me, I cannot figure out how to advance to the next photo without clicking on the next thumbnail below.

I've been using the right and left arrow keys on my Mac to advance forwards and backwards on the filmstrip. Have you tried that?

Beautiful website. I wanted to lend a hand and submitted to social bookmark. I hope the popularity go up. desktop reviews