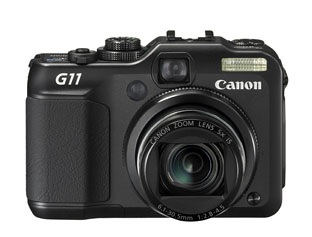 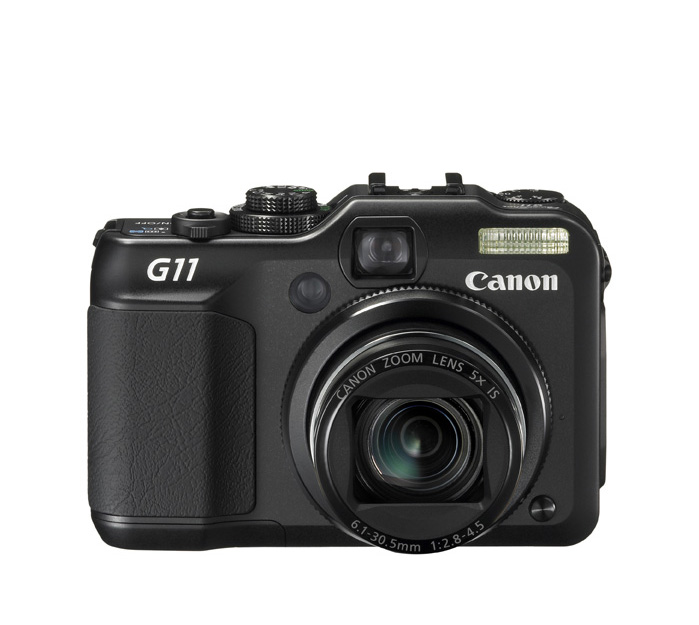 Both the just-announced PowerShot G11 and the PowerShot S90 only capture in Standard Definition video (640x480). What? In the whacky world of hardware engineering, where we gain a high-sensitivity 10 MP sensor with DIGIC 4 image processing providing better noise reduction, being referred to as a "Dual Anti-Noise System," we don't get what Canon is pushing everywhere else: HD video.

It reminds me of the time a few years back when RAW was the premium feature photographers sought. Suddenly we saw RAW support dropped from high-end compacts, such as the Canon G series, and only available in DSLRs. Now we have RAW in the S90 and G11 (RAW returned to the G series with the G9), but HD video is omitted... even though we get HDMI output on the G11, not to mention the Vari-angle LCD that's perfect for video capture.

There might be an overriding technical reason for no HD video on these new cameras. And I would love to hear it. Because right now it feels a little like a sales and marketing decision. I hope it isn't.

Hi Derrick,
I'm not sure whether to feel bad about the things that are dropped vs the things added. I ordered a G10 last week, so I'm SOL on the G11 anyhow.

The dropping of video resolution seems like a bad idea IMHO.

I'm happy to see the resolution go down and noise with it. The return of the swivel screen is great to (it was in the older models also, so that's another returned feature).

My main reason for getting the G10 was the remote. I've modified a TC80N timer control to allow me shoot timelapse with the G10.

I guess I'll be skipping this model and waiting on the G12.

So the G11 is not what we expected. What do the other camera makers offer with specs similar to the G10/G11, but with HD video...?
I would like a compact with RAW support, a good lens and HD video...

Well, how about the Panasonic LX3 for starters:

One thing I like about the Panasonic compacts (as per Derrick's last comment) is they go to 24mm at the wide end, versus Canon's usual 28mm (in the G10 and G11). Of course they don't zoom as far, but for me - wide wins over long, especially with a non-interchangable-lens camera.

I would like to second Sean's happiness re: the sensor actually going DOWN in pixel count! Maybe the marketing folks don't win every argument after all...

I absolutely agree about Canon making the right decision with the image sensor and processing engine. Yaay for that!

Derrick, I am planning to create an electronic album of three family generations of images, for several family members. I want to store ~1000 images along with ~100 character text descriptions with each image. Can I create this album in iPhoto 9 and copy it onto USB flash drives such that the organization of the album and the text can be retained and read by the other family members? ?

Thanks for the tip, Derrick. Looks like a great camera. Don't know about the limited range though... We'll see.

I have heard that canon G11 does?