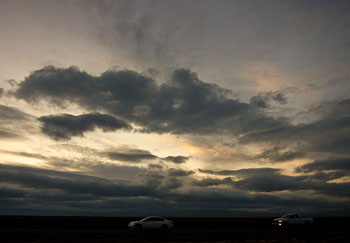 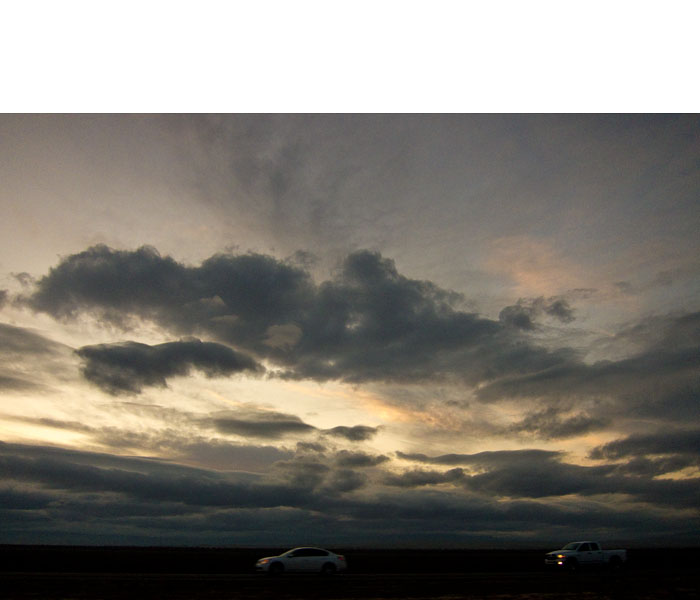 If you've ever made the pilgrimage from Southern California to the northern part of the state on I-5, you know that it combines the quietness of wide open space, endurance, and if you're lucky, stunning twilight landscapes. I always have a camera on the front seat when I make this journey. When the sky lights up, I hold my lens against the window, compose out of the corner of my eye, and make photographs.

On this last trip, I used the Canon PowerShot S90, my current compact of choice. The first shot, Two Cars at Twilight was captured at ISO 400, f/4 at 1/320th of a second. The shot was composed so that the first thing you notice is the striking sunset, then after a few moments, two lonely cars become visible as they drive south on the Interstate. 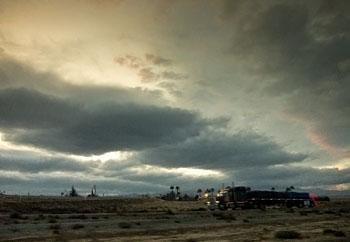 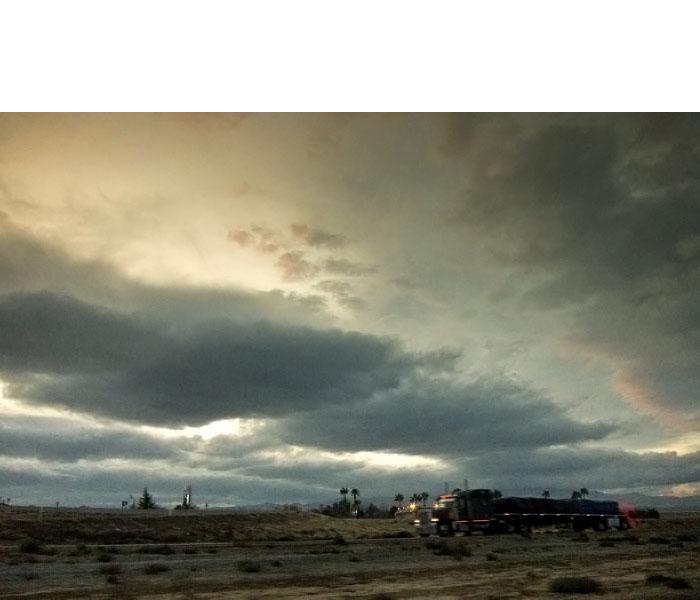 The next image, Twilight Truck was recorded at ISO 800. We've had a lot of discussion about high ISO and image noise, and this shot displays plenty of grain. For some, such as myself, I think it adds another interesting element to the composition. Others might not care for it. In a way it doesn't matter because I needed the high ISO to get the 1/200th shutter speed. 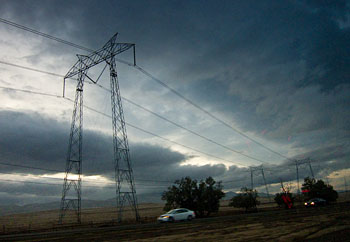 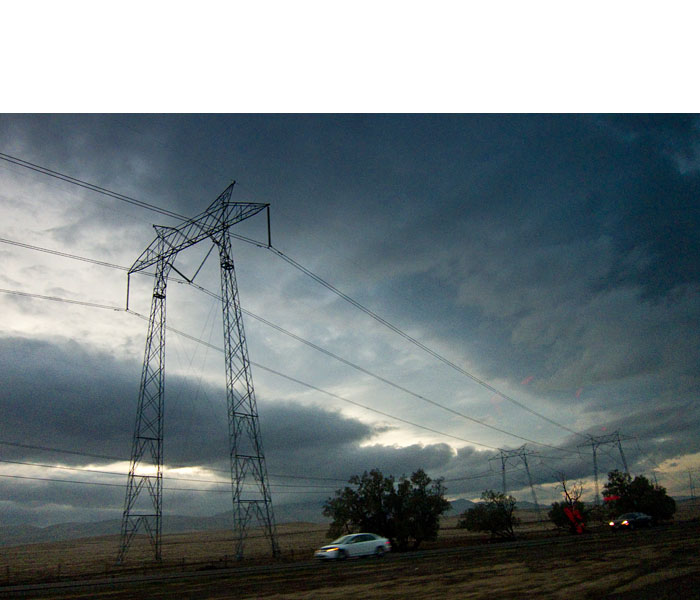 The final shot, Power Lines, has that cock-eyed composition that often happens photographing landscapes while driving a car. I could have straightened the image. But for me, this better conveys the surreal sensation of driving a car down a lonely interstate as night begins to fall.

Photos by Derrick Story. Click on images to enlarge.

How is that possible?

Hopefully more people can learn from this post what I have. A great contribution to the world at large.