I'm Just Curious: How Many Compacts Do We Need? 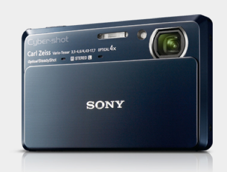 I've been following the news from CES in Las Vegas, and I'm amazed at how many compact cameras are being announced. It's not just the variety of manufacturers that dazzles me, but the sheer number of models each camera maker is releasing.

For example, Sony announced 12 Cyber-shot compacts, Olympus chimed in with at least 9 new models, Panasonic adds 5 more, Samsung lists 4 new models, Canon released 4 new compacts, and I'm sure there are others I have forgotten. Are we buying that many point and shoots?

I thought the walls were closing in on the standard point and shoot. I mean, these days we have smart phones that are capturing 3 and 5 megapixel images, and micro four thirds systems that are half the size of traditional DSLRs. Don't get me wrong, I love compact cameras, but there's a lot of competition out there. Even a photo geek like me only buys a new compact every 18 months or so. And I know a lot of people with cameras that are 3 years or older.

So, I'm curious. How often do you buy a compact camera? Please post a comment and let us know. Maybe I'm totally off-base about this whole quantity thing.

I think the trend is starting to differentiate. And it is happing, albeit slowly. Prices for a good majority of these models are coming down. Personally, I think we'll see floods of P&S until the price point hits $100 or the smartphone reaches consumer levels and $50. Plus is needs a good camera. The issue with phones is that while many offer snapshot capabilities that work for prints, it's AWFUL to get the photos off the phone - even with some of the camera centric phones. This is one place where wifi out bluetooth already existing could significantly boost connivence for consumers with wireless transfer. Most laptops have built in card readers now too, otherwise the USB cable is better than what you get with a lot of phones.

I think it's happening-just not yet. Oh, and I usually replace my P&S every other revision. 3 ish years.

My current compact camera is my first (Canon G10). I will not be replacing it until compact camera sensors are able to shoot at lower noise levels at higher ISOs. Probably not in the next couple of years then.

I've been rather disappointed with the G10 in that respect. My six year old Canon EOS 20D DSLR produces far better images at ISO 800. It has half the megapixels of the G10 but clearly the size of the 20D's sensor is a big factor.

What I want is a micro four thirds sensor in an iPhone. I can dream.

I just bought the Panasonic DMC ZS3 and I don't plan on purchasing another P&S for a long time. I wanted something to have with me all the time because my SLRs are just too bulky for carrying around all the time.
I bought this one over the Cannon G series because of the light video recording mode.

Yes, I carry a Canon S90 for some of the reasons stated above. I love a good compact camera. But many that I've tested over the last year just seemed like commodity items with one or two good features. One model will give you HDMI output, another has manual controls, one gives you HD video while the one next to it only provides SD. Seems like we could have 3 or 4 categories from each manufacturer and leave it at that, instead of spreading the features we want across a confusing line of variation.

Well, I'm still very happy with my 6MP Fuji F31fd. Works great up to 1600 ISO, yet remains very pocktable!
(All the compacts these days are cramming too many pixels into too small sensors.)

I've only bought two digital point and shoots, with at least five years between purchases - but then the dSLR purchases in between may have skewed that somewhat.

I have to wonder if the low-end point-and-shoot market, where most of these guys are making most of their sales right now, is about to die off though. It seems pretty obvious (looking at flickr, picasa, etc.) most people don't care about absolute image quality, and with the convenience factor I'm betting those peoples' phones become their camera of choice (as Derrick noted at one point with regard to his iPhone - and he's a pro).

Good point Derrick. The number of cameras now available is dizzying, and fairly ridiculous. I upgraded to the iPhone 3GS last summer, I have a two-year old Panasonic FZ8, and a new Panasonic G1; while it's tempting to think about the S90 or the LX3, I think I have my bases covered with what I have, and I'd much rather spend my time and money learning to take better photos. I suspect many people will feel the same way.

For me, I seem to buy a new p&s every two years or so. With compacts steadily creeping toward dslr's image-wise, it just seems to make sense. Also I travel a lot and they seem to get beat up. I'm still smitten with the S90 I bought in early October, although I've augmented it with a Pentax k-x for those times when I want some heft or need faster continuous shooting performance.

I used to love my compacts. But that's changed of late. Now, I'm really happy with three tiers of camera: iPhone which is with me all the time, Pany GF-1 which is with me most of the time, and my big D700/D3 cameras for when I'm doing production work.

Most of these compacts seem to be an endless duplication of each other with very little real differentiation. Also, the S90 is really about the only camera that's smaller than my GF-1 that I'd really consider buying at this point.

To answer your question, we two probably buy one every other year. My wife shoots videos with a more serious camera on trips and I use a more serious camera on trips; but we both carry compacts as second cameras. Our compact camera replacements are due to failures, either for reasons unknown, or in one case a dunk in the ocean while sea kayaking. We're both probably on our second compact. I use the compact as a always with me camera and we both use them on bike rides, skiing, social activities, etc. Canons because we started with them and we haven't seen enough difference in other brands to make a relearning process worthwhile. Also so we can share chargers on the road. We take long trips in third world countries and don't need to carry any more than we already do.

I suspect the profusion of cameras is to have models that meet a store's needs. You see this in many fields. A store wants to have items at certain prices and to meet what they perceive as their customers needs (or what they can sell to them). Store buyers are less flexible than an individual in setting their price requirements. The store is going to want a camera they can sell at a certain price, and the camera manufacturers needs to have a camera to meet that need. And if the store wants to have full line up of cameras, how many cameras must a manufacturer have to meet numerous stores needs for a full line up? Lots.

This is from reading and observing, I'm don't work in buying or selling. But I recently got reminded of it while buying a new TV. Look at all the model numbers and sizes.

Kudos for creating such a informative portal. this blog happens to be not only knowledgeable but also bvery imaginative too. We come across only few bloggers who can create technical stuff that creatively. A lot of people search for content on this subject. We ourselves went through dozens of websites to acquire knowhow about this.We look forward to the next posts !!