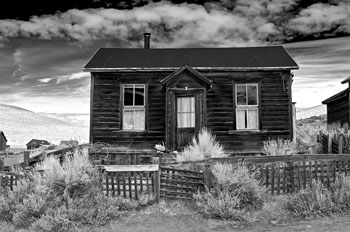 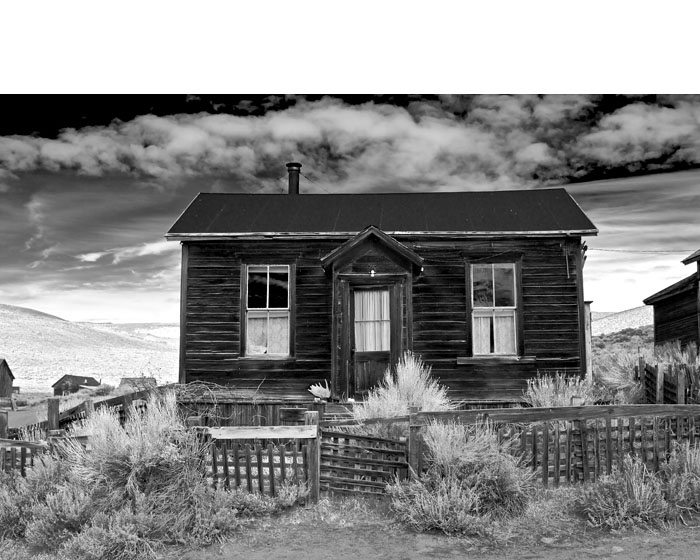 The "infrared look" in photography is a terrific alternative to traditional color imagery. There are many paths you can follow to experiment with the IR alternative. The pure approach is to actually shoot infrared with a digital camera.

You can purchase a very dense Hoya 52mm RM72 Infrared Glass Filter and put it over your lens. Some cameras work better than others in terms of displaying the IR effect. You can test your candidates by pointing a TV remote control toward the lens and seeing how bright the dot of light appears on the camera's LCD screen. The brighter the dot, the better the camera will record IR.

You can also have an existing DSLR modified for IR photography through 3rd party services such as Life Pixel. If you want to get serious about IR, this is the best way to go. They remove the IR blocking filter inside the DSLR so you can shoot normally without having to put that dense RM72 filter over the lens.

You can read more about ways to capture IR in my Macworld article titled, Photograph the invisible with infrared photos.

If you're not interested in dense filters or modifying cameras, you can fake the IR effect using your image editor, as I did with the shot of the Bodie House shown above. I created that effect in Aperture using these simple steps in the Adjustments panel:

You can even create fake IR on your iPhone using applications such as Photo fx 2.0. I go over all of these techniques in my Macworld article titled, Four ways to fake infrared photography.

Regardless of your approach, this contrasty, unusual, B&W look is very refreshing and a nice way to shake things up.

Great article Derrick! I've been tempted to send in my Digital Rebel (original 300D) for the conversion, but just haven't been able to part with such a great little versatile camera that still kicks butt 7 years later! ;)

Yeah Jeff, that's the same problem I have with my DSLRs. Would love to send one in for IR conversion... but, but...

I found a great infrared tutorial site, the images are awesome!
http://www.nature-photography-central.com/infrared-photoshop-tutorials.html