Lebron James and Shaq Up Close, Even from the Cheap Seats 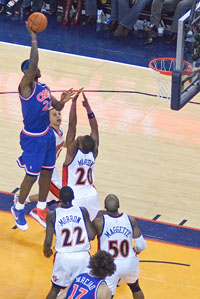 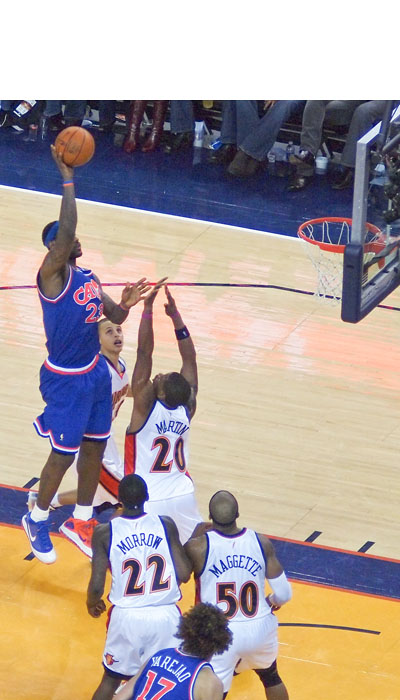 Most sports arenas don't allow professional camera gear unless you're part of the media pool. So it's very difficult to get compelling shots from the stands as a spectator. I can't tell you how many times I've had to walk back to the car with my camera gear because I couldn't get it past security.

Image of Lebron James shooting captured from the upper deck of Oracle Arena using a Zeiss 135mm lens mounted on an Olympus E-P1 camera. You can see the entire set of images on the TDS Flickr page. Click on image to zoom.

Here in Northern California, however, you are allowed to pack a "non-professional" camera with your personal belongings. To most security guards that means a compact. Just try getting a decent shot with it from the upper deck -- or for that matter, anywhere in the arena. There are three main problems with compacts in these venues:

But what about the in-between cameras such as the Olympus E-P1 that have compact-like looks, but perform more like a bigger DSLR? The E-P1 has a good burst rate, minimal shutter lag, and excellent high ISO performance. The only problem is, Olympus doesn't have a long, fast lens for that body. 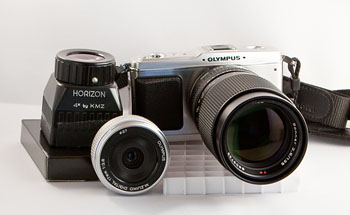 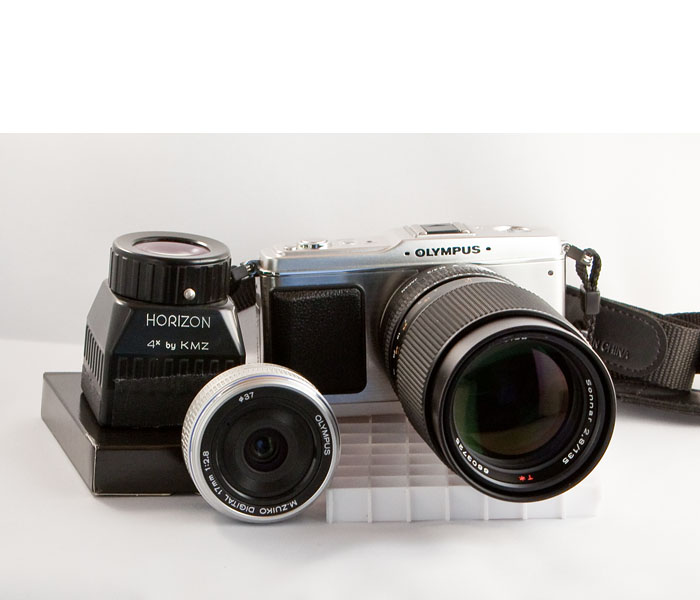 So I pulled out my manual focus Zeiss 135mm f/2.8 lens that was part of my Contax SLR kit and used a Rayqual micro 4/3rds adapter to attach it to the E-P1. Nice thing about micro four thirds cameras is that they double the focal length of SLR lenses. So my humble Zeiss zoom became a 270mm f/2.8 sports lens when mounted on the E-P1.

To get this rig into the arena, I stashed the 135mm lens in the bottom of my small shoulder bag, then mounted the stock 17mm Olympus lens on the E-P1. The security office took one look at the E-P1 with the pancake lens on it, and let me though the door. Once inside, I switched lenses. To help me focus accurately at f/2.8 with the telephoto, I attached a Horizon 4X loupe (that I still had for medium format film) to the back of the E-P1 with gaffers tape. (If I still had the E-P2, I would have used the electronic viewfinder instead. But alas, I had to send back the review unit.) Using the loupe attached to the E-P1's LCD, I found I could focus quite accurately. 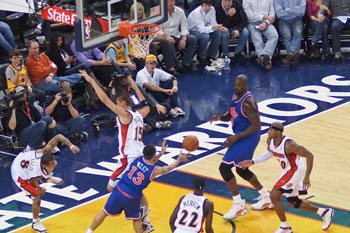 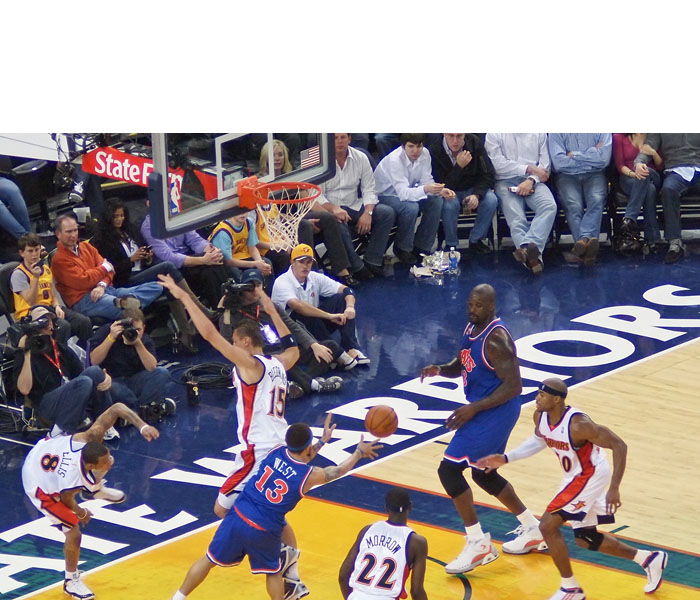 I then took my seat in the upper deck, set the ISO to 800, put the camera in burst mode, and had a great time shooting pictures. You can see a gallery of shots on the TDS Flickr page. These shots are cropped, but even so, the edited shots still have plenty of resolution for 8" x 12" prints.

Now I have to resist getting greedy because I also have a German made Zeiss 200mm prime lens. But I think it's too big to pass as part of an "amateur" kit. So for the moment, I'm going to stick with the 135mm kit when I'm at events as a spectator.

Great idea, and great shots. Thanks!

Bugs me that I can't take a decent camera into my nearby pro sports venues either. If security spotted me with your setup in the stands (and they would) I'd be taken on a nice stroll to the concourse.

Instead you have hundreds (thousands?) of point-and-shooters auto-flashing throughout the game.

Argh. You can tell it's a touchy subject to me!

Yes, Scott, I can tell, and rightly so. I know sports franchises have to draw the line somewhere. Otherwise people would be knocking other people in the heads with 600mm teles. But a DSLR with a 200mm lens seems reasonable to me. And I'd like to see the rules relaxed just a bit.

Considering the shoddy results I get with my cheap Nikon Coolpix from roughly the same distance, Derrick, from now on I'm just going to take you with me to the games and let you snap the photos!

Admiring the time and effort you put into your blog and detailed information you offer! I will bookmark your blog and have my children check up here often. Thumbs up!

Great Read. I'm looking forward to your next article

So many contributing reasons for why James may have felt overhyped yet under appreciated. Never the highest paid player on his team, despite being the regular season MVP, back to back, of the league?