One More Thing, Thanks Steve

If it hadn't been for Steve Jobs, you probably wouldn't be reading these words right now. Yes, I've always been a writer. But I've had many stretches where I had to do other things to pay the bills. Oddly enough, they all involved the Mac. 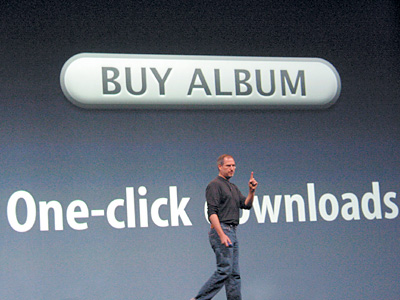 In the late 80s, I was hired as a graphic artist using PageMaker on a 9" screen. Along the way, I learned every nuance of deploying Macs in the workplace. My next gig, happily, was a writing job. But as part of the deal, I had to maintain a network of Macs for a communications dept. I didn't get that position because of my prose. It was because I was the best Mac person among the applicants.

Years later, when I walked in to O'Reilly Media (called O'Reilly & Associates in those days), I had a PowerBook 1400 under my arm. It was the only Mac laptop in the building. Shortly thereafter, over half the computers there were Macs, including the one used by Tim O'Reilly. This momentum allowed me to launch Mac DevCenter. My words had never seen such a large audience.

Things continued to improve. I started writing for Macworld Magazine, was on the faculty for Macworld Expo, and wrote my first book chapters for David Pogue in "iPhoto: The Missing Manual." Not long after, I was recording my words for lynda.com. My first title? "Aperture Essential Training." Every time Apple invented something new, my career surged forward.

I was working on my Mac when I got the news. Steve Jobs had passed away. I wasn't ready for that.

A fellow writer, Glenn Fleishman wrote, "I've never been this sad about the passing of someone I didn't know." I felt the same way.

The thing is, I have no idea what my life would have been without Steve Jobs. His insanely great company helped a teenage poet from Southern California make a living doing what he loves. And I'm not the only one.

When I look at my fortunate career, I only have one regret: I never got to thank the man who helped me so much. It's true, I didn't know Steve Jobs. But he changed my world.

May there be an infinite number of "Just One More Thing"â€¦s!

He changed my life tooâ€¦ he made our world a better placeâ€¦ full of enabling opportunity.