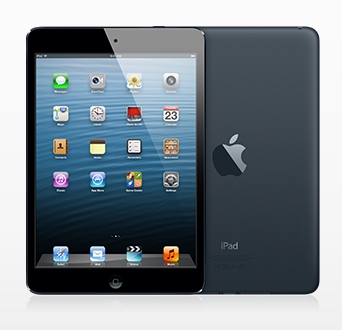 Now that Apple is accepting orders for the iPad mini, here are a few things to consider to manage your budget while getting a device that meets your needs.

The WiFi models will be available first, ready for pick up or delivered on Nov. 2. As I said in this week's podcast, WiFi-only can limit your connectivity. Public WiFi is often less than robust, and there are times you're not near an access point at all - frustrating for such a mobile device as the iPad mini.

But the price consideration for built-in cellular is substantial. The cheapest WiFi + Cellular model (16 GB) is $459 compared to $329 for WiFi only. A workaround is to activate a tethering data plan for your iPhone. AT&T for example, has a pro plan that provides 5 GBs of data monthly, and allows tethering via cable, WiFi, or Bluetooth. Your iPhone becomes a mobile Internet access point for the iPad mini and basically any other device you have with you.

I tested the tethering option with my iPhone 4S and a variety of devices, and it was remarkably robust. This data option costs $50 a month (compared to $25 a month for 2 GBs of data without tethering.) You're going to spend $30 a month for a decent data plan just for the iPad mini if you go the WiFi + Cellular route. So considering the initial investment for WiFi + Cellular and the additional monthly fees, tethering is more affordable.

Keep in mind that using an iPhone as an access point is not as convenient as having cellular built-in to the iPad itself. And you're tapping battery power in two devices instead of just one. It's not my first choice. But when you look at the economics of trying to squeeze an iPad mini into your budget, it could make the difference between getting the mini now, or having to wait.

Apple is offering free engraving on iPad minis that you order online. This is a cool option, but think it through. If you plan on reselling your device once the 2nd generation is available, then don't get engraving. Buyers won't appreciate having "Joe Smith" emblazed on the back of their mini.

This $29 accessory is a must for nimble photographers. It allows you to copy images directly from the memory card to the iPad mini. If you shoot with a non-SD card camera, get the USB adapter instead, then use your camera's cable to transfer pictures.

The most affordable iPad mini (WiFi only with 16 GBs) plus the Lightning to SD Card Camera Reader, recycling fee and tax; and your grand total will be $394. The 32 GB WiFi only will run you about $500. The 64 GB model, WiFi only, over $600 (both with SD Card Reader option). In other words, this suddenly becomes a serious investment.

And finally, if you decide to take the leap, I would do so sooner than later. Once Apple runs through its stockpile on iPad minis, the wait time will probably stretch out to a couple weeks.

According to Tech Specs at http://store.apple.com/us/buy/home/shop_ipad/family/ipad_mini the WiFi only models do NOT have a build-in GPS. Same for full Ipad.

I did a similar test yesterday and was impressed.
Wifi tether seems to use less battery than BT but still eats it up.
I always have my phone with me, so it won't be much of an issue, but admittedly not as clean and easy as built in.

Cost wise - I switched to the 10gb shared family plan a few months ago from unlimited grandfathered plans. 4 iPhone with data plans before, so I saved maybe $20 a month, but tethering is included free. Combined usage for 4 phones has peaked at 4.5GB, so I figure I have 5gb to use for the new iPad for free.
Adding a "tablet" to the plan would have cost $15/month and still pulled from the same 10gb.

Yes, the other thing you give up when you go "WiFi only" is GPS. This is true across the board for all iPads.

However, all is not lost. If you go the WiFi + Tethering route, then you can still use the GPS on the iPhone, albeit on a smaller screen.

It's all about budgets and tradeoffs, right?

I decided to go with the 32GB cellular model, even though I plan to tether it with my phone most of the time. GPS can be handy; plus I wanted the flexibility.

I can understand why some folks might not think that flexibility is worth an extra $130 though. :-D

Yeah, it's a tough call Travis. The extra $130 plus the monthly does increase the investment in the mini. The GPS and convenience is a big deal though.

My preference is WiFi + Cellular, for sure. That's what I have on the 3rd Gen iPad, and I love it. But the budget didn't accommodate that for the mini. I'll let you know if tethering doesn't work out for me :-)

Of course I tend to use equipment until it dies - my replacement interval is probably longer than many folks in the Digital Story community!

I'll wait until the iPad Mini 2.

For me, I would consider the 16gb with cellular & share it's Internet for other devices