While I was in Cuba photographing the cars, people, and buildings, an American delegation was in Havana for an initial round of talks with the Cuban government.

I thought that I should capture a standard street scene in downtown Havana. Who knows what it will look like five years from now? 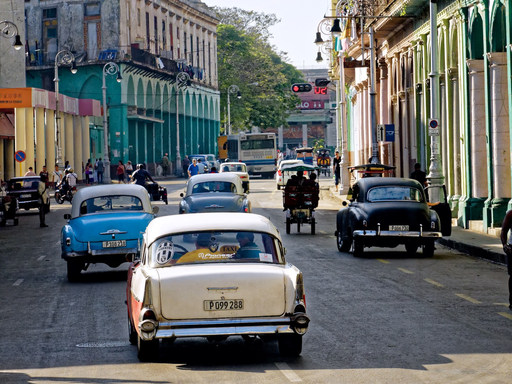