Back in April, I talked about the Yongnuo 35mm F/2.0 lens on the TDS Photo Podcast. I had paid $120 for this fast prime lens to use on my Canon 5D Mark II. I noted that this optic has a distinct "look" to it that I liked. But at the time, I had no idea how I was going to use it. 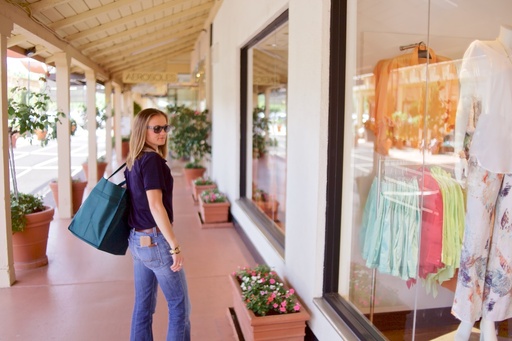 Then, one of my favorite clients went through a branding process to adjust the look of their imagery. Interestingly enough, the new look is influenced by Instagram and real life street photography. When I saw samples of what they were after for our next shoot, I thought immediately of the Yongnuo 35mm optic.

Now it might seem crazy to you that I would rely on a $120 lens for a $1,500 photo shoot. But that's exactly what I did. I set my 5D Mark II to Aperture Priority and locked down the lens to f/2.0. And that's where it stayed for the entire session.

I can't share any of the actual images from the shoot, but I do have this test shot of Ashley, the project manager for the job, that I recorded before the subject arrived. This image gives you a good feel for how the Yongnuo performs on the 5D Mark II when set to f/2.0.

I then processed the image in Aperture 3 and used one of my recipes in DxO FilmPack 5 that's based on Fuji Reala 100. You can save your own settings in FilmPack 5 and recall them when the image calls for it.

The client loves the look of these pictures. At one point, the Marketing Director (who knows a lot about photography) asked me if I was using a "nifty 50" when she saw the Yongnuo. I said no, I bought a $120 Chinese optic for this shoot. We both smiled.