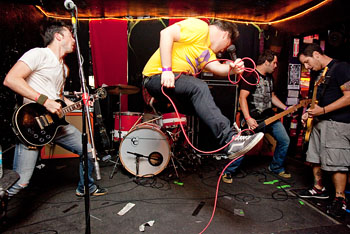 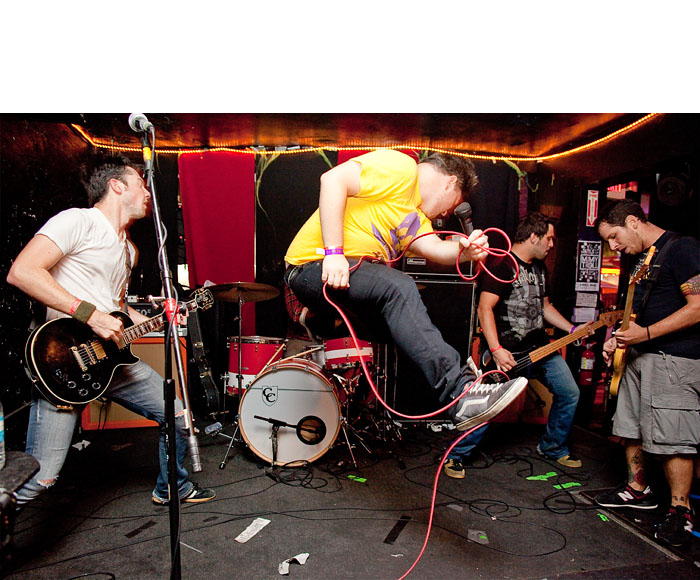 The better you understand your subject, the more likely you are to capture its essence. That's exactly what Paris Visone has done in her coverage of the punk rock band Protagonist.

"When touring with Protagonist, there was a lot of staying at random houses, taking advantage of every clean bathroom you can find, and a lot of different smells (some good, most bad)," writes Paris. "I have been shooting this band for 5 years now, but this is the first time I actually hit the road with them. They are somewhat used to the idea of the camera constantly in their faces, so that helps my cause. Plus, sometimes I help them carry equipment. So can they really complain? I like to consider myself the 6th member of the band. (Just don't tell them that.)"

Photo of the rock band Protagonist playing at Fest Live by Paris Visone. You can see the entire set of images on the Lowepro Flickr page.

"It's awesome having Paris with us on the road because she has a way of taking pictures that always captures the moment," said Brian, the guitar player. "She always knows just the right time to take a photo, and we sometimes relive entire days by looking at her images."

Thank you for another great article. Where else could anyone get that kind of information in such a perfect way of writing? I have a presentation next week, and I am on the look for such information.

Pretty good post. I just stumbled upon your blog and wanted to say that I have really enjoyed reading your blog posts. Any way I'll be subscribing to your feed and I hope you post again soon.

My brother bought a brand new one for my family. However I am having some trouble and I need a little help.

Good one, quite different, i hv nt seen this type of blog earlier. weldone friend

It is impressive to know that it has already been 5 years since Paris Visone started to cover the punk rock band. I agree that he must really feel like the 6th member of that band now.